Angel Smith blasted followers who suggested that a man bought her the new Range Rover she claims she bought herself.

The BBNaija star earlier shared photos of the new car and revealed that she bought herself a car.

But Angel told them she bought the car herself and hit back at those troling her. 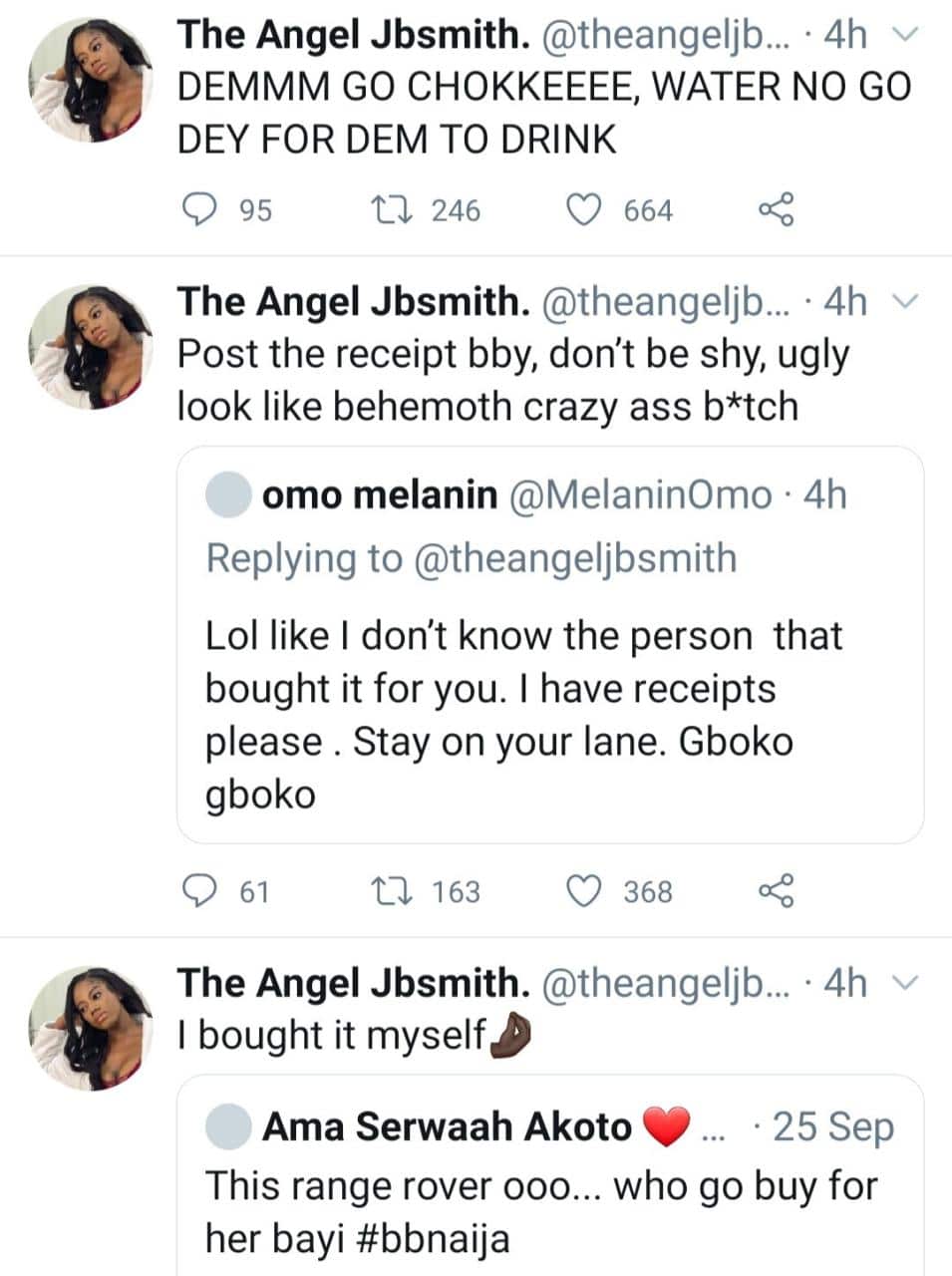 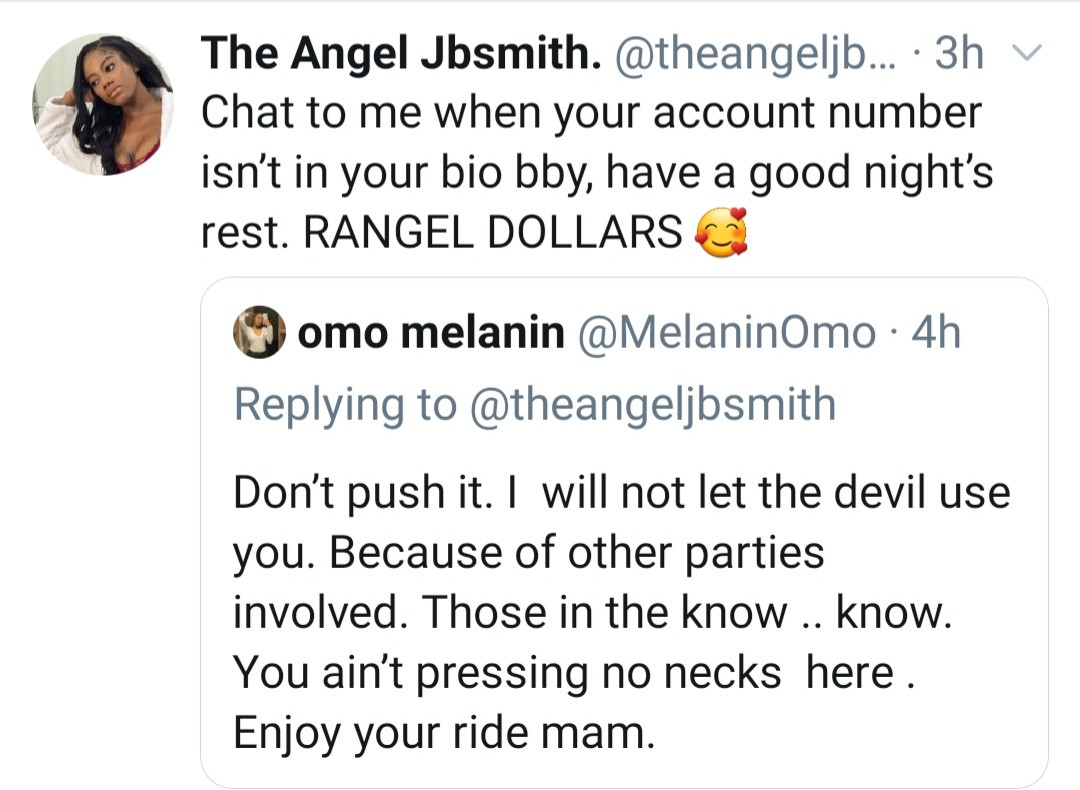