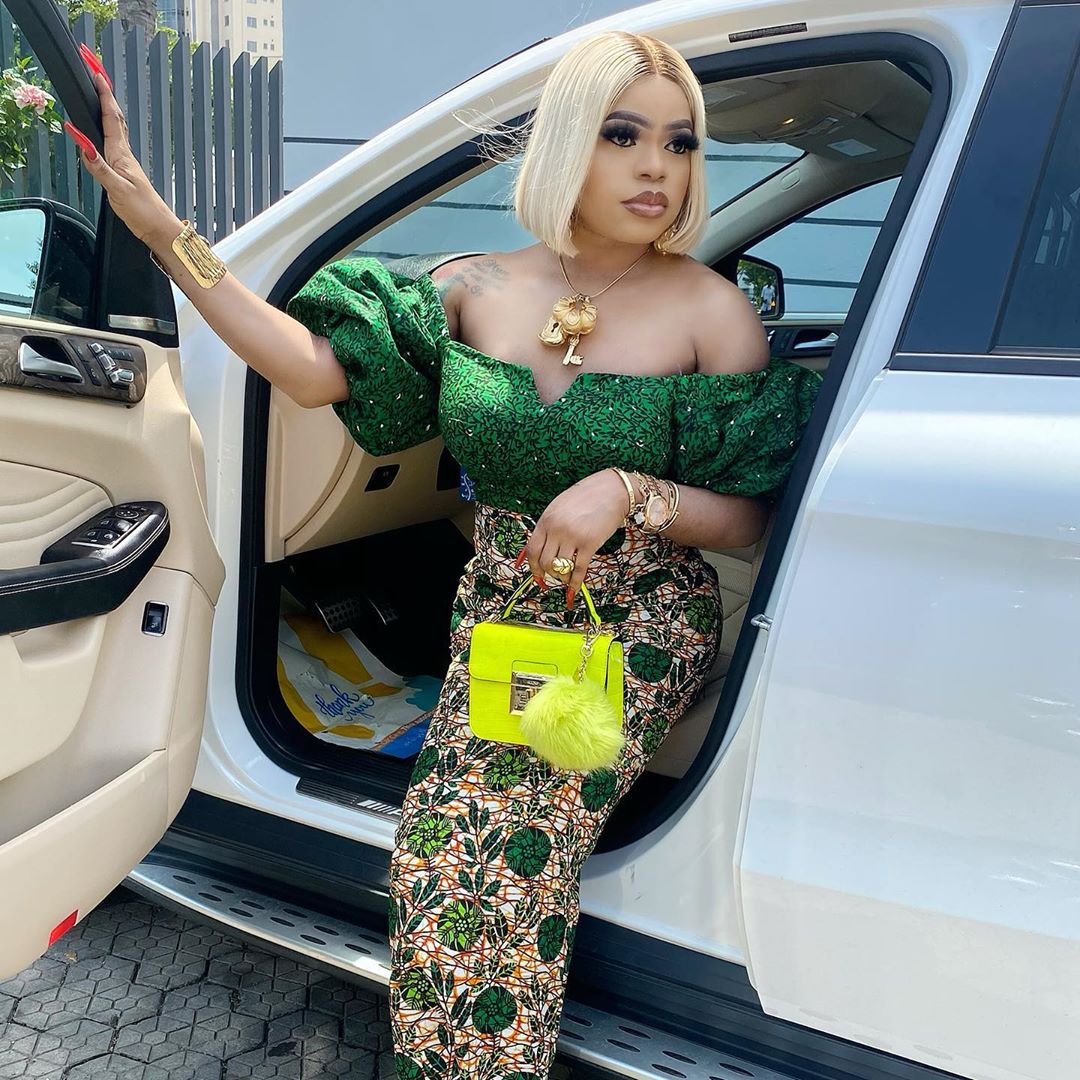 The controversial crossdresser, Bobrisky has taken to social media to state reason she could not have joined the ongoing nationwide EndSARS protest against the extreme brutality of the Nigerian police and the extortion and killings of Nigeria special anti-robbery squad.

According to the Nigerian Male Barbie, he opined that he is afraid of death, and if peradventure, he dies, who will cater for his family especially his mother and junior brother looks up to him.

It will be recalled that the End SARS protest started six days ago, many celebrities have put their weight behind the protest. Davido , Wizkid, Burnaboy, Tiwa, Mr Macaroni, Rudeboy, Oxlade, Small doctor, BBNaija Mike, Tacha, and many more. 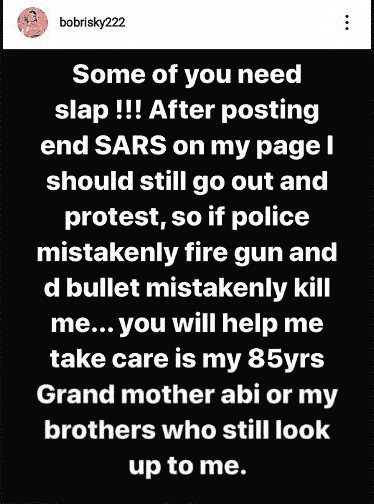