All officers engaged in the unlawful treatment of Mr Adedotun Clement (the Uber Driver) at the ENDSARS anniversary protest on Wednesday, October 20 have been sanctioned by the Lagos State Neighbourhood Safety Agency (LNSA).

The penalty occurred after the orderly room trial of the two officers named in numerous social media recordings from the event, as well as the supervising officers from the scene.

The two officers and the Supervising Officers were charged with disreputable conduct as a result of the assault on a member of the public, the use of pepper spray which is not a standard-issue kit for officers of the Agency, and general unruly behaviours capable of breaching public peace all of which is in contempt of the Agency’s rules as contained in the LNSA Handbook Articles E (ii) & (iii), O (iv) and N (x) which covers conduct with the general public, negligence and general conduct on the job.

Officers were found guilty of the allegations brought against them after a panel hearing that lasted over four hours.

As a result, the two officers who were directly engaged in the attack were publically de-kitted and suspended for the next two months from the agency. They will also be sent to another Agency command for a behavioral assessment and additional censure. 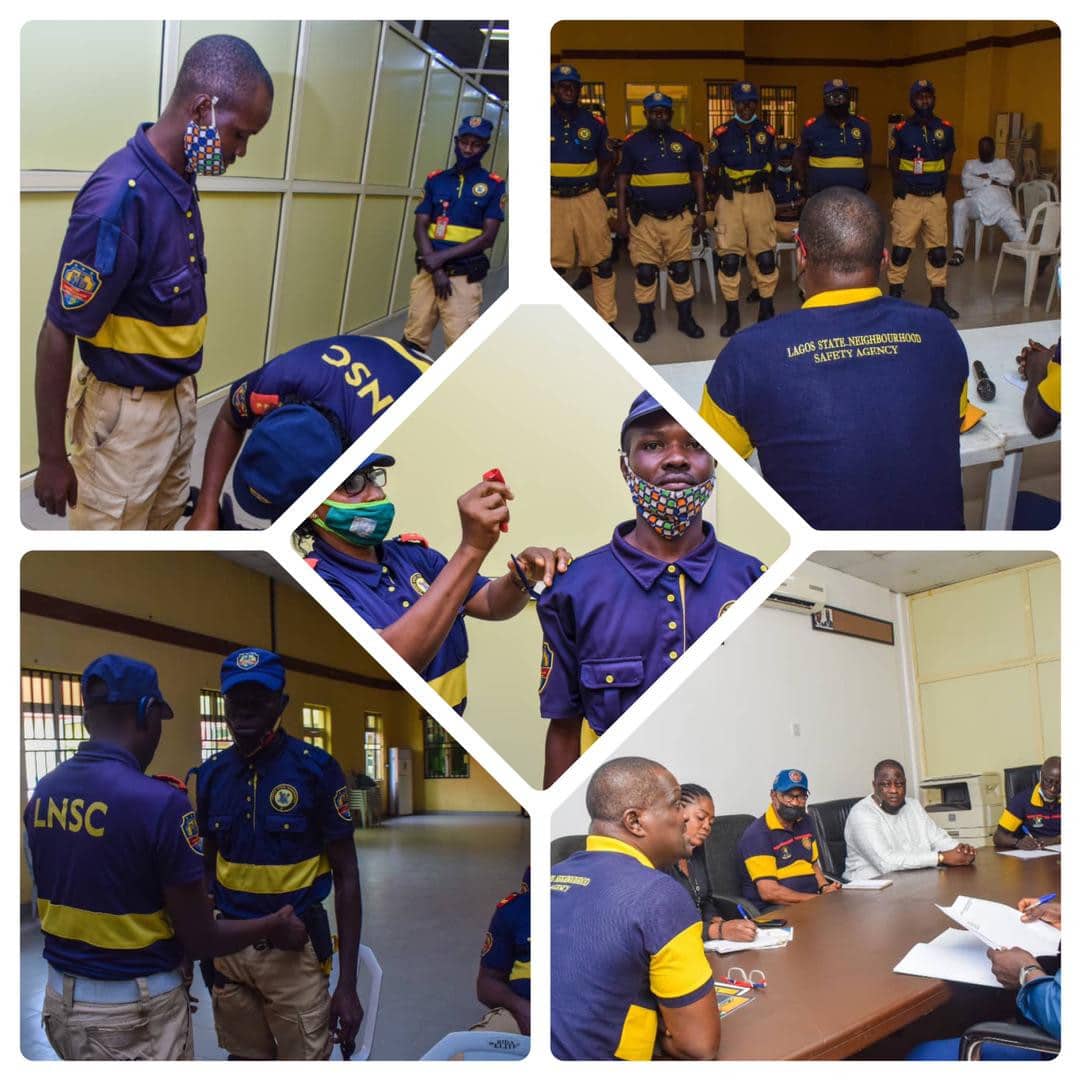 The Commanding Superintendents and Divisional Commander for the Lagos Division of the LNSC, who had authority and command at the event, were also suspended for one month, and their deputies were to function in their place until further notice: all of this was done with immediate effect.

The Agency also used this means to express an unequivocal regret to the general public, as well as Mr. Clement Adedotun (the Uber Driver), for the Officers’ behavior at the event, as it places a high value on its relationships with the people it considers to be its most valuable asset.

However, the Agency’s General Manager, Prince Dr. Ifalade Oyekan, reaffirmed the Lagos State Government’s commitment to the protection of lives and property of Lagos residents.