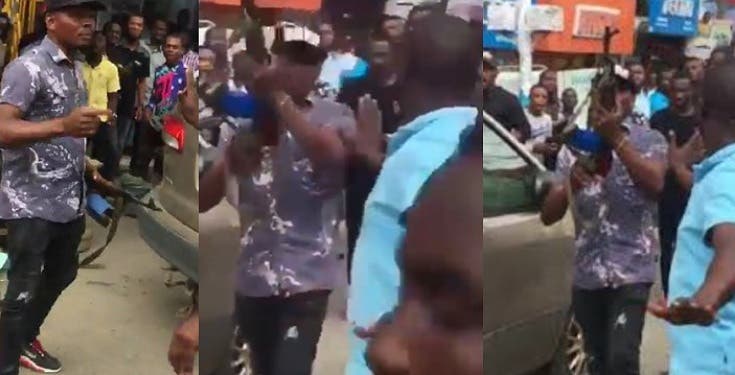 Drama erupted in the computer village on Monday noon as the special anti-robbery squad stormed the market.

The SARS operatives were there to arrest someone ., unfortunately, they were greeted with a massive confrontation by the traders.

The traders reminded them that, the inspector general of police have banned their acts therefore they have no right to make any form of arrest.

One of the special anti-robbery squad cocked his gun and shoot in the air, in other to scare off the traders. however, the traders were adamant and stood their ground not until the SARS officials were forced to leave the market.

It will be recalled the IG of Police banned the activities of the Special Anti-Robbery Squad all over the country due to their unprofessionalism and indecent act towards innocent Nigerian youths.

This would be the fourth time, the IG of Police would issuing this order, but they seem not to comply.

Watch as the drama unfold in the video below!