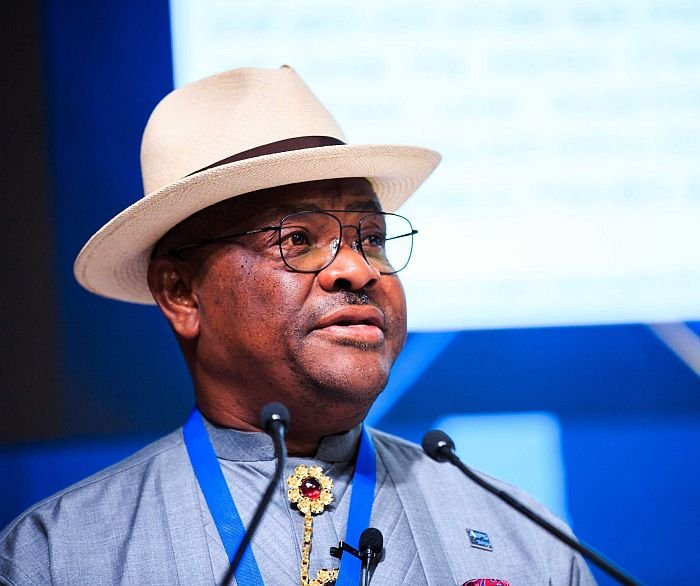 Sleek, a musician, was shot dead by alleged Anti Kidnapping operatives in Elelenwo area of Port Harcourt on Saturday, sparking a wave of protests two days after by angry youths demanding justice for the slain musician.

Sources narrated that Daniel, 22, and his friend, simply identified as Reuben, were waiting outside a hotel for a rental car to convey them to a destination when men of the Police Anti-Robbery Unit confronted them.

The source further said, “They were unarmed, nothing incriminating about them, but out of sheer fear of being arrested, the duo took to their heels. Following a chase that ensued, a riot policeman at De Topic Supermarket shot the musician. Elder sister to the victim, Maureen Ikeagwuchi, said:

“The way they were parading with his body bleeding all over, instead of taking him to the hospital is inhuman. I want them to face the law. We want justice.”

And wike responded by saying;

“The brutal killing of a young vibrant man in Port Harcourt by men of the SARS unit of @PoliceNG is unacceptable, we have and will continue to clamour for the reformation or outright dissolution of SARS because they have become a menace to the society. #EndSARS.”