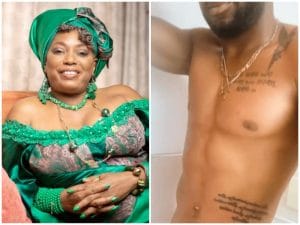 Cross allegedly mistakenly shared his d!ck using his own official Snapchat handle, according to NAIJALREMIX.

Following Tiwa Savage’s sextape, this has generated plenty of comments in the media.

In response to this erratic behaviour, Yeni Kuti compared the ex-BBNaija star to her father. He claims to be shameless when it comes to privatizing the most sensitive area of his body.