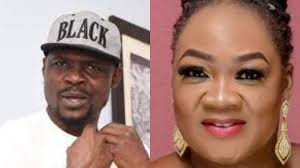 The 14-year-old foster daughter of comedienne Princess has explained how she was allegedly harassed by actor Baba Ijesha.
In a video played during proceedings at an Ikeja Special Offences Court on Wednesday, October 20, the minor (name withheld) said the 49-year-old embattled actor told her he was her boyfriend.

As per the Nigerian News Agency (NAN), the video was a taped recording of Mrs Olabisi Ajayi-Kayode, a child specialist and the Executive Director of the Cece Yara Foundation, conducting a child forensic interview on May 15.

He said to me, you’re a bright young lady. Have you got a boyfriend? I said no and he said since you do not have a boyfriend now that you’re much more mature, you’re now mine, I am your boyfriend.
He said I used to teach you some things when you were small. I asked him what things so that I could record him with my phone.

My phone was under the throw pillow because I thought he wanted to confess to what he did seven-years ago but I was unable to record him. He said don’t you remember, me and you used to play together, I used to teach you some things when you were small.

Me and you had a contract and I asked him what contract? He asked me to sit on his legs and I said no and he said you that when you were small you were not afraid. Now you’re afraid.

He began touching me s*xually and he had asked me to bring him some water. When I went to the kitchen he also followed me and it was at this point that my mother and the other men (CCTV company staff) came in.