In a post shared on Tuesday, November 9, Felgona Atieno claimed that the househelp identified as Judith Achando, 34, locked her inside the bathroom on November 2.

Atieno said that the househelp did all this while her six-year-old son who was in the house watched. She said that the son would not alert her as Achando had allegedly threatened him.

She locked me inside the bathroom as I was bathing before stealing my laptop, phone, cash and assorted clothes,” 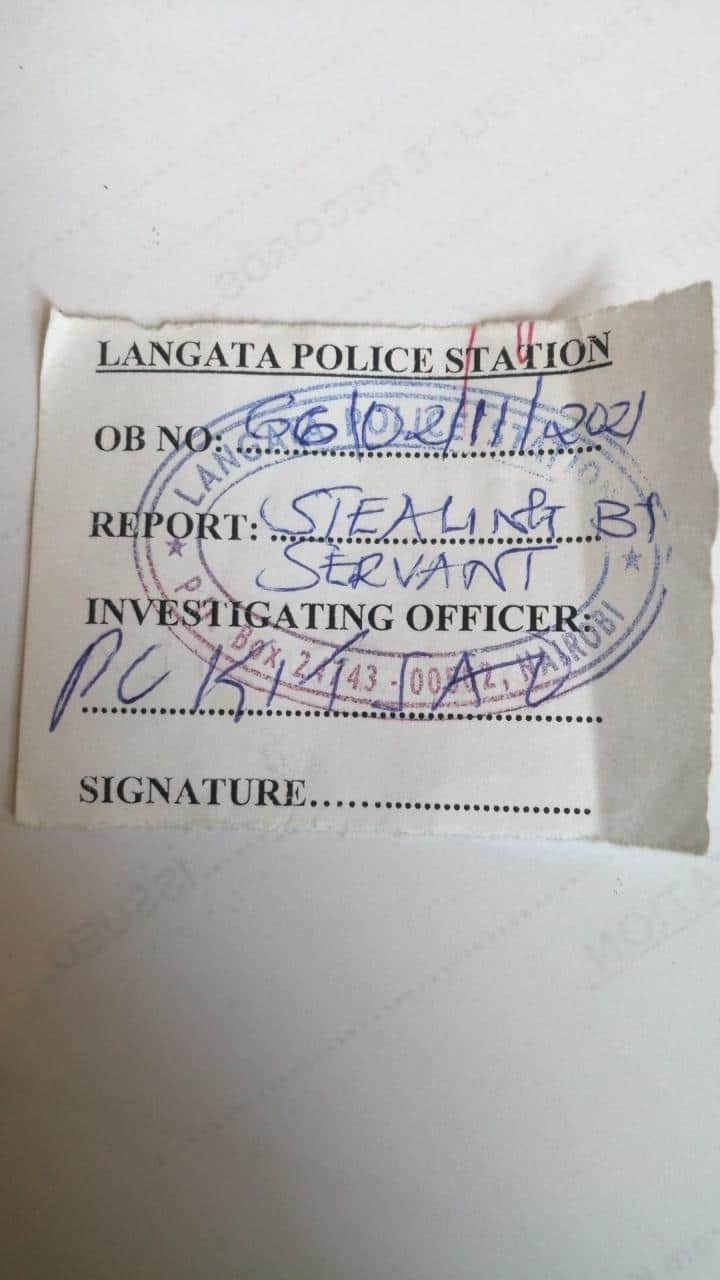 On inquiring what had happened, my son told me that ‘aunty ameenda na simu na laptop’ (aunty has gone with your phone and laptop).

I found her laptop gone and the househelp’s bedroom was empty.

Atieno said she reported the matter to the police after efforts to trace Achando proved futile.

It was gathered that as soon as Achando left Lang’ata, she had already secured a job in Mombasa under a new boss.

The matter was reported at Lang’ata station under OB number 66/02/11/2021 under the subject stealing by a servant.

Lang’ata Police boss B Mwanthi said that the matter was under investigation and police had already launched a manhunt for the suspect. 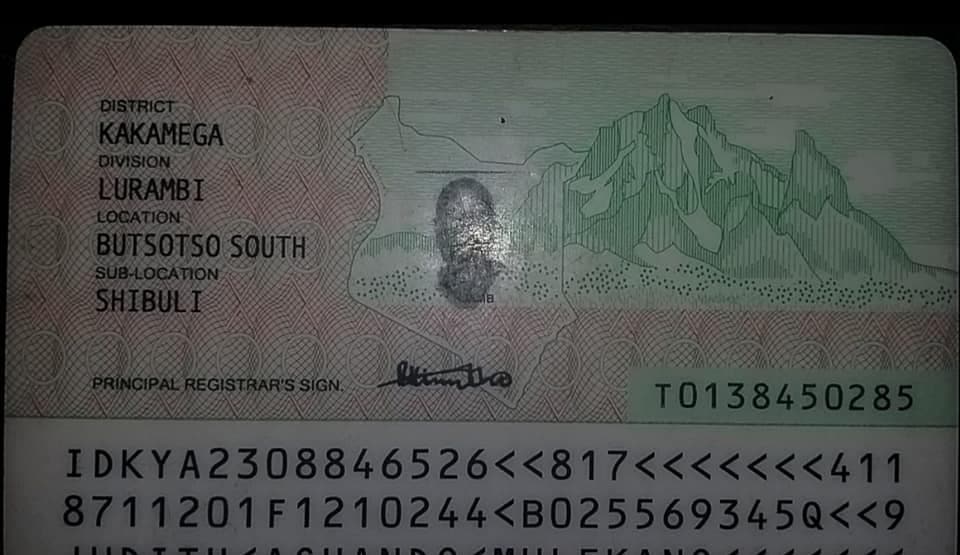 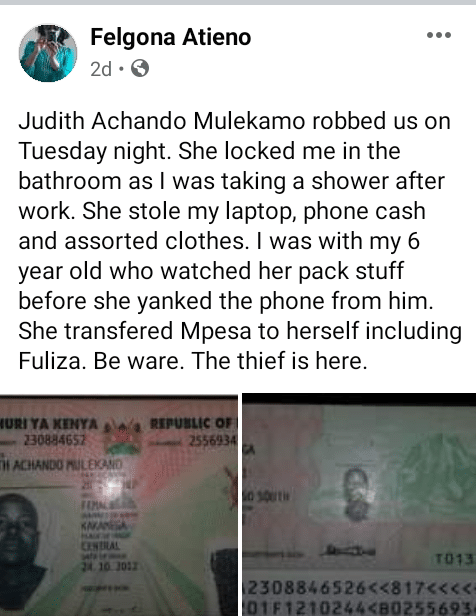