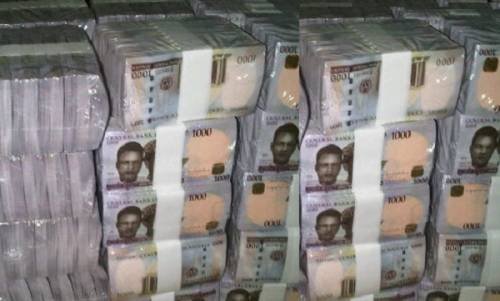 Luka Binniyat, the President of the Southern Kaduna Peoples Union (SOKAPU), said pastors and their families who live in the area paid up to N420m as a ransom to Fulani herdsmen in 2019, SaharaReporters reports. Binniyat said contrary to President Muhammadu Buhari’s claim that the killing of Christians is a cultural thing, there is a government-sponsored displacement drive in the local governments that make up Southern Kaduna. He said SOKAPU had 80,000 registered refugees displaced from 109 communities in four local governments. According to him, all these communities have been settled on by persons of Fulani extraction, who are now farming on the seized lands. While addressing his cabinet at a ministerial retreat on September 8, Buhari said he told the American president “that this – killing of Christians – has got nothing to do with ethnicity or religion.

It’s a cultural thing, which the respective leadership was failing the nation.” Binniyat wondered when ransom collection became a part of the culture. “It is either Buhari is bereft of information, or he is displaying his notorious incompetence in handling matters of security,” Binniyat said.

“In 2019, N420m was paid to Fulani kidnappers and bandits by pastors, their families and Christians in four rural communities in Chikun and Kauru local governments alone. “Our experience in Southern Kaduna is that of Muslim Fulani people killing, plundering and chasing people out of their communities and now living in these communities. What type of culture says you should displace and kill people?” Between 1980 and 2011, when persons identified by the Sheikh Ahmed Lemu Panel as supporters of the current president went on a killing spree to protest his defeat, every ethnoreligious violence in Kaduna has always had an identifiable root cause, the literature on the subject shows. Since 2013, however, attacks have become more consistent, intensifying in 2015. Binniyat said the current reality is a recurring pattern of kidnapping and killing targeted at Christians. He said, “The violence is targeted at Christians. In some areas, in Chikun, there are no churches again. The survivors of these attacks say the attackers shouted ‘Allahu Akbar – God is greatest’.

“We have consistently cried that as at today, 109 communities of Southern Kaduna in four local government areas have been seized by the Fulanis who are occupying them. If the president is not in touch with this reality, then it is a shame.” Binniyat said while the bandits killed people, state and federal government actors enhanced the displacement drive through policy moves.

“These Fulani bandits have been encouraged by the statements of Nasir El-Rufai in the case of Southern Kaduna and the complicit silence of General Buhari. They may be attacking Hausas in Sokoto, Jigawa, Katsina and other places; they are not occupying their lands like they are in Southern Kaduna. “The plan is not only in the use of arms; it is also in the use of state policy. There is a place called Kachia grazing reserve.

It is 33,000 hectares in size. When El-Rufai came into office, he seized lands and increased it by 74,000 hectares, for the exclusive use of Fulanis. One hectare is like one and a half football fields.” “The only federal project in Southern Kaduna is located in Laduga, a Fulani settlement and Southern Kaduna is more than half of Kaduna,” he added.

Although evidence that points to the ethnoreligious nature of the attacks exist, a source said peaceful Fulani communities were also suffering from the control of these brute invaders. The source, who chose to remain anonymous, said the federal government paid lobbyists in the US government to downplay the seriousness of the killings and maiming carried out by the Fulani bandits. “Every time you report about what is happening in Nigeria, there is a US government official that will go and counter it; paid by the Nigerian government,” the source said. “We are trying to gather incontrovertible data on killings across the country that the Nigerian government cannot argue against so that we can get the American government to send in an envoy,” the source said.

For two years now, a group in the US, Save the Persecuted Christians, has gathered signatures from more than 100 organisations, asking the US government to send a fact-finding diplomat to investigate targeted killings in Nigeria and Lake Chad. The US government, on March 9, announced plans to send an envoy to investigate militant attacks in the Sahel region, which includes Nigeria.

The terms of reference for the appointed diplomat does not include bandit attacks in the North-West and North-Central. “It is clear that these bandits have some agenda type backing,” the source said. “The way these Fulani herdsmen come, a helicopter re-supplies them when they are shooting, a helicopter takes their wounded and drops fresh attackers.

They cannot buy the guns they come with.” The source said the president was either genuinely ignorant of the internal security situation in his country or was masterminding the masterplan and playing dumb.