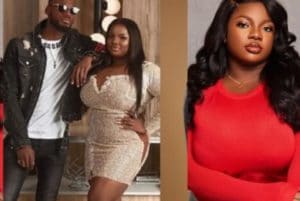 Despite their tight bond, Big Brother Naija star Dorathy Bachor has now revealed why she can never date her colleague, Prince Nelson Enwerem.

Since leaving Big Brother’s home, the two ex-Lockdown inmates appear to have cemented their connection, which has since garnered the notice of Shippers. 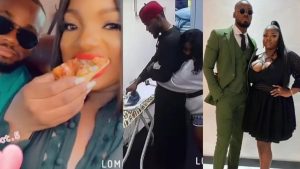 In a question-and-answer session she hosted, a fan inquired as to why she and Prince aren’t dating, to which she responded.

It is unlawful for a lady to marry her own brother, according to Dorathy, and this is most likely the case with her and Prince Nelson. 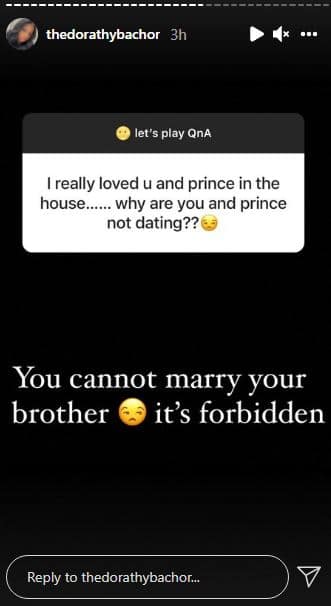