Recall that on Tuesday, Jay-Z surprised fans by opening an Instagram account. It was an unexpected move because he rarely uses social media.

After joining, he followed only his wife, Beyonce, and also promoted the upcoming film, The Harder They Fall, which he helped co-executive produce.

An attempt to visit @jayz on Instagram presents the error message, “User not found.” 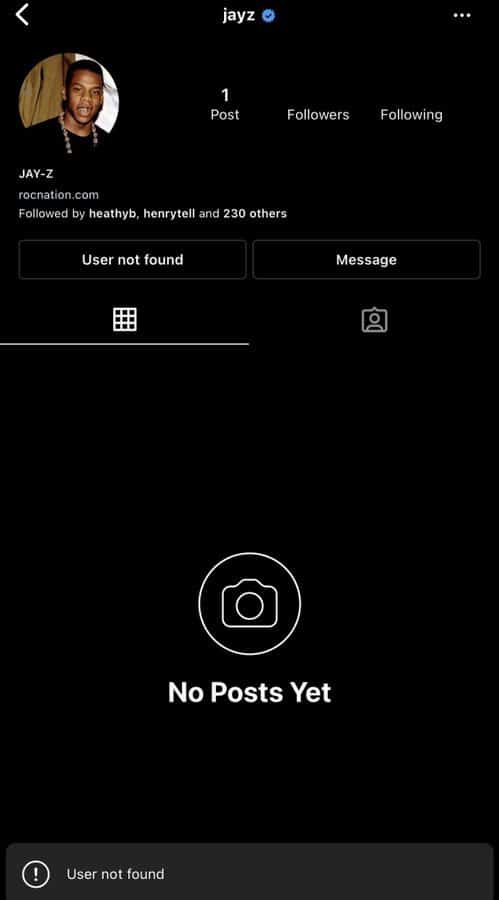