Home » MUSIC » Lekki Massacre: Why Families Of Victims Are Afraid To Speak Out – Falana 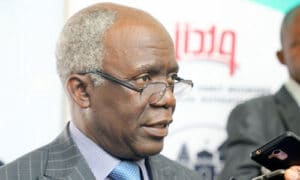 A sad reason has been given why the family members of Lekki toll gate shooting are not talking.

According to human rights lawyer, Femi Falana (SAN), the family of the victims are not talking “because of the environment under which we operate.”

He stated this while speaking at a virtual #EndSARS meeting organised by Omoyele Sowore, publisher of Sahara Reporters, on Wednesday.

Falana who stated that the military is “known for lies and deception,” recalled how the Nigerian Army allegedly covered up the reported killing of 347 Shi’ites in Zaria, Kaduna state, in 2015. Falana said,

“Nobody should believe the military because it has a history of lies, fraud, and deception.

“Just in December 2015, the same Chief of Army Staff, General (Tukur) Buratai claimed that there was a traffic jam in Zaria and the big man wanted to move and because of that traffic, he got soldiers from the first division in Kaduna to mow down Shiites.

“And what was the explanation? That the Shiites wanted to assassinate the Chief of Army Staff…and about six or seven persons died. See: FG to Reduce Cost of Data From N1000 to N390 Per GB

“But in the Commission of Inquiry set up by the Kaduna State Government, we were told that indeed 347 Nigerians were killed by the military.

No autopsy, no postmortem, nothing was done. Their bodies were taken away in the dead of the night and given a mass burial.”