Home » News » Man attempts jumping down from a mast in Lagos

On Tuesday morning, a man allegedly attempted to jump from a telecommunications mast in the Iyana-Ipaja region of Lagos State.

It is speculated that he is mentally unstable and eyewitnesses said he was taken to Gowon Estate Police Station, where he is being interrogated. 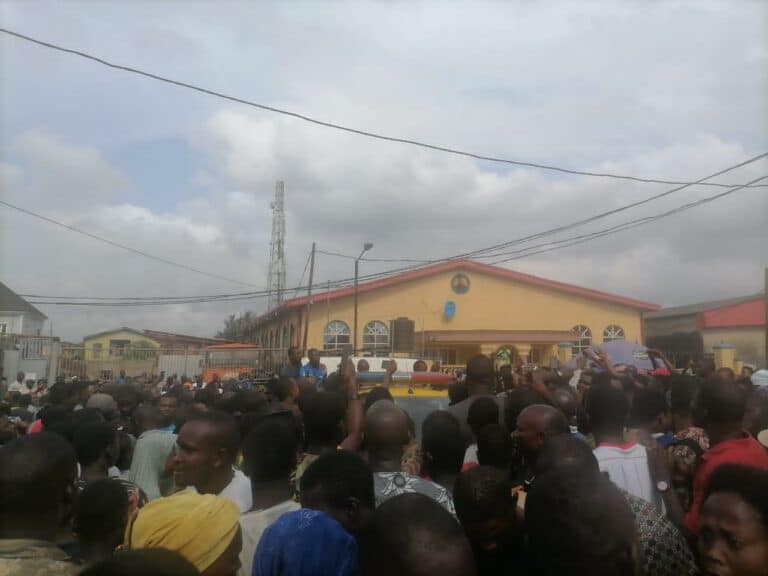 He was persuaded to come down from the approximately 200-foot mast by operators from both national and state authorities. Farinloye further said that the man works as an aluminum technician at Aluminium Village. He, on the other hand, resides in Dopemu, Lagos.

Before climbing the pole, he was alleged to have approached individuals in the area and told them he intended to perform a fellowship.

He was taken to Gowon Estate Police Station, Lagos.

In an interactive discussion with NEMA, LASEMA and Police, Mr Bassi seems to be incoherent and could not make a complete statement all along.

He told us that he arrived at the scene at about 8am and started climbing the mast at 8.30am.

He revealed that he never knew the area before but something pushed him to go to the scene.

He was said to have called people around the scene and informed the people that he wanted to do a fellowship and started with songs and praising.