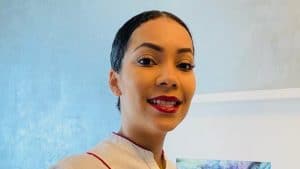 Maria Chike Benjamin, BBnaija star, took to social media to express her concern following a call from Cubana Chiefpriest accusing her of snatching his sister’s husband.

The famous bartender called out the Big Brother Naija star, accusing her of having an affair with his sister’s husband, Kelvin, and even threatening her.

As predicted, this charge sparked replies on social media, with others jumping into the battle.

In response, Maria, who seemed unconcerned, turned to Instagram to show off the idea for her Lagos Penthouse.

Sharing a photo, she wrote:

Inspo for my penthouse in Lagos. 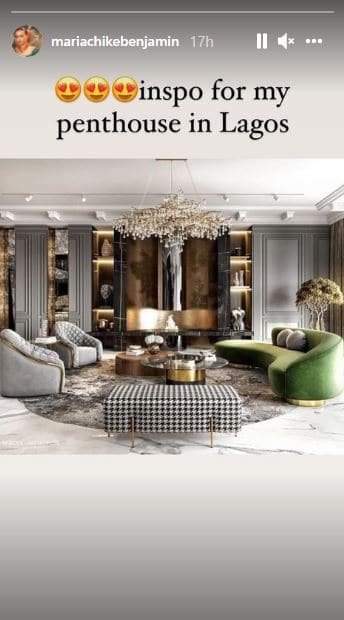