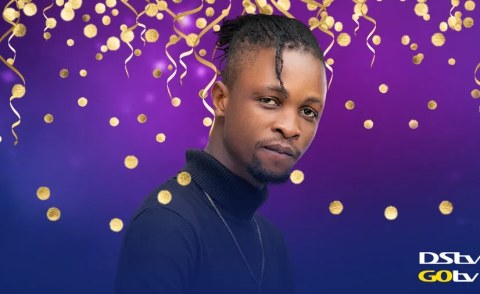 The BBNaija 2020 winner, Olamilekan Agbeleshe fondly called Laycon’s alleged baby mama has surfaced the social media, the self-acclaimed baby mama whose video is circulating the social media platforms affirmed that she has a child for Laycon , the reality TV star.

in the short video clip, the lady claimed the winner, Laycon, and her both had sexual intercourse after they met at a party in the popular luxurious Lagos club, Quilox. She claimed she decided to pass the night with him that fateful day.

she further pushed on to reveal it was a “one night stand “, she lambasted Laycon that he deceived her by giving her the wrong phone number, this had barred her from reaching out to him since then.

The lady in the video claimed, she developed symptoms of pregnancy a few months after they bought engaged in “sexual acrobatics”.

Her reason for coming now due to the fact, Laycon, the 2020 BBNaija winner gave her a wrong number, seeing him on the show is a chance to reach out to him regarding the seed he planted the other night.

However, the management of Laycon led by Nollywood actress Scarlet Gomez has reacted to the viral video by his alleged baby mama that the BBNaija Lockdown winner got her pregnant as false.

She said Laycon doesn’t know the lady and has never met her.