Mr Macaroni, a prominent Nigerian actor, skit maker, comedian, and activist, has reacted to a photo of himself and late Pelumi, a 20-year-old journalist who was arrested and murdered in police custody on October 24, 2020. 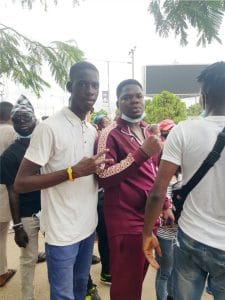 Pelumi was seen with Mr Macaroni in a photo released on social media taken during the #EndSARS rally in Lagos in October 2020, before Pelumi was arrested by the police. 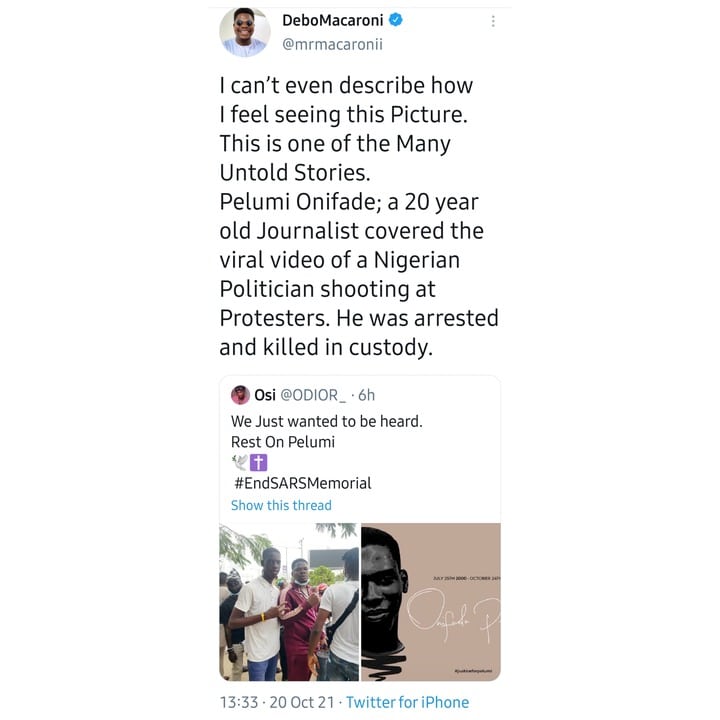