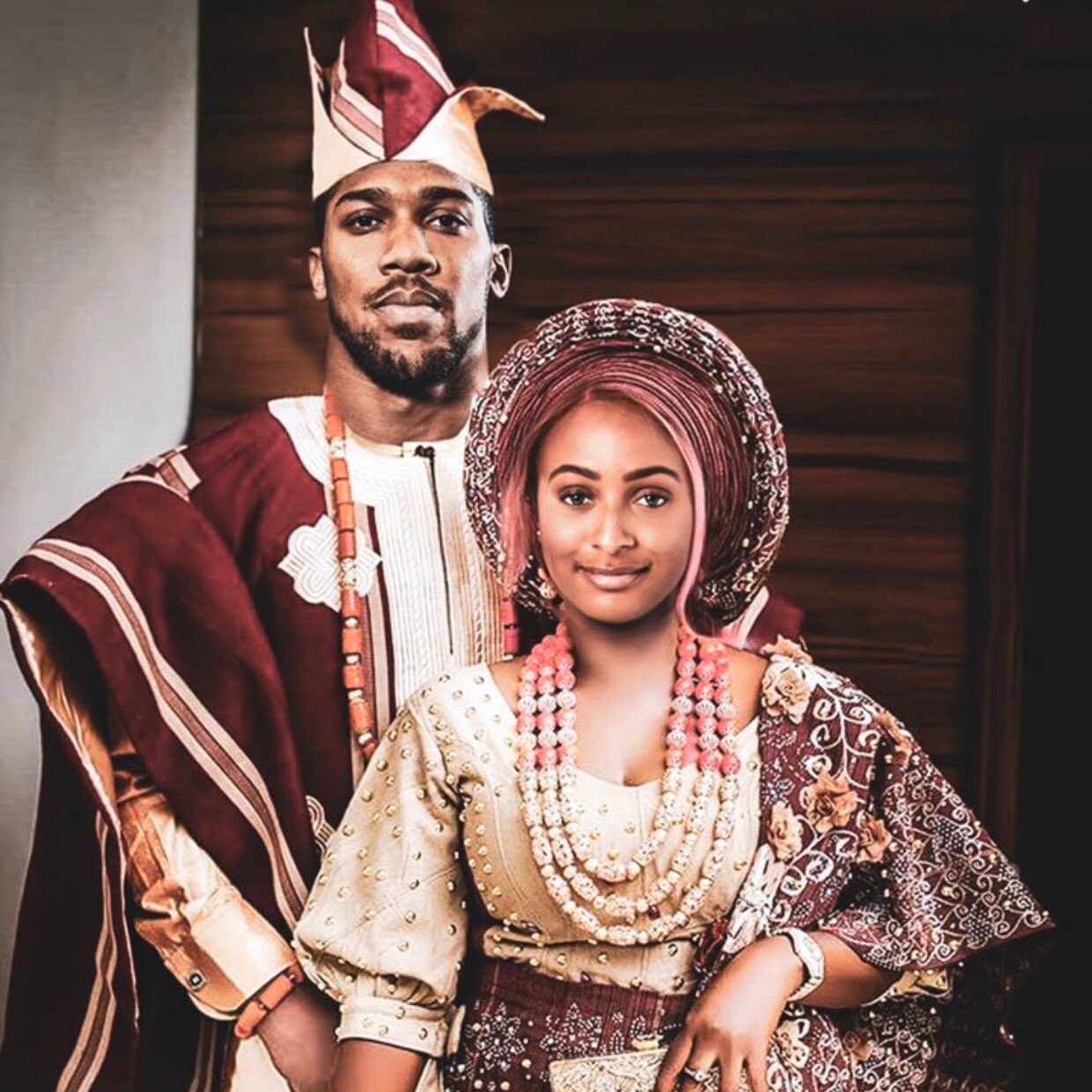 The billionaire daughter, Florence Ifeoluwa Otedola popularly known as DJ Cuppy has stirred social media with a picture of her an Anthony Joshua in a traditional wedding outfit.

The Nigerian Disc Jockey has left many people talking after she took to social media to share a photoshopped wedding picture of herself with the heavyweight boxer, Anthony Joshua on her social media platforms.

Meanwhile, Anthony Joshua and Dj cuppy are very close friends. Many social media users have been talking as many people have many opinions on the photo.

It will be recalled, a few times ago, DJ cuppy auction herself on the social media platforms.

That aside, the recent album she dropped has been making waves since it dropped.