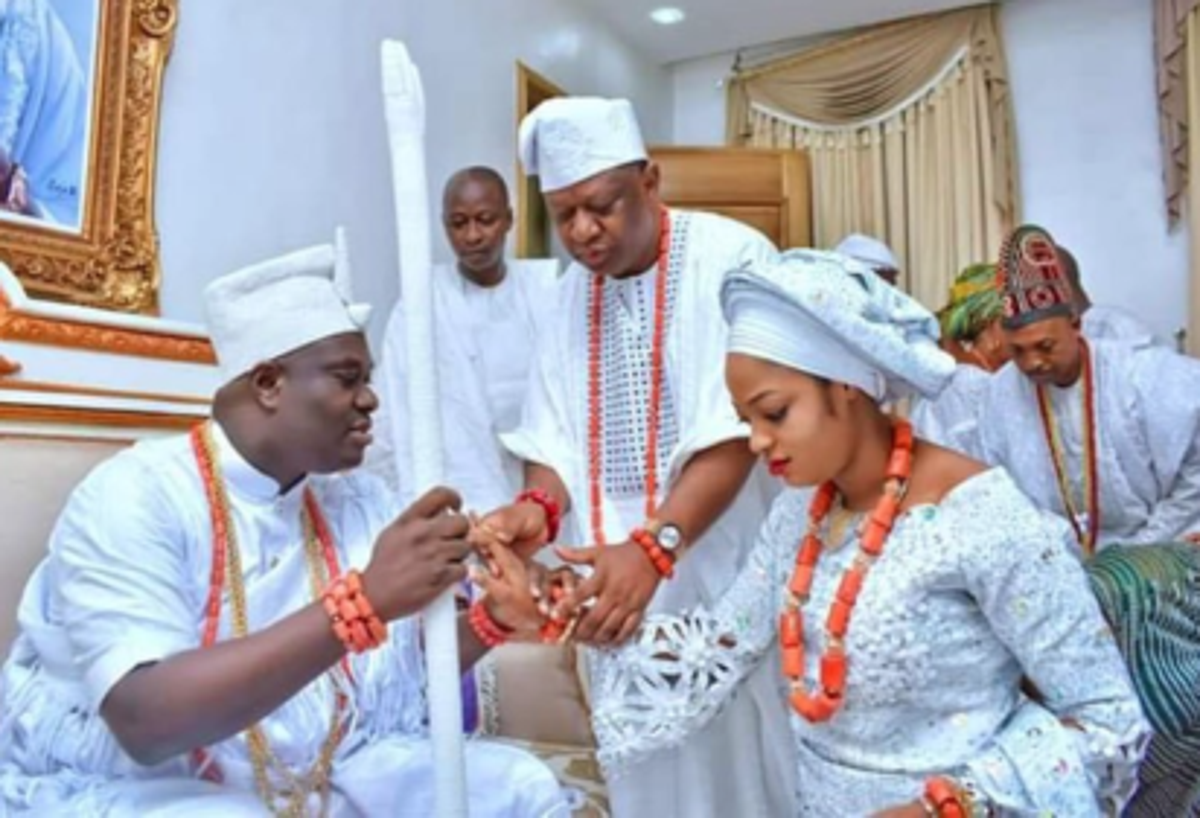 The High Royal majesty , Ooni of Ife , Oba Adeyeye Ogunwusi has welcomed the first child since he was crowned as king.

The details regarding the birthplace and time is yet to be revealed as at now. It will be recalled that, since the Ooni of Ife ’s wife became pregnant, she has not been in the public.

before the birth of the baby, the king had said, he would name his first son after the 49th Ooni of Ife, Oba Adesoji Tadenikawo Aderemi.

Before now, the king had a princess who is presently in her twenties. Ooni of Ife had her while the king was just 19. Olori Silekunola is the king’s third wife.

His first two marriages did not produce any child. meanwhile, the King is known for hosting youths in Nigeria, the Ooni of Ife has always preached against the foreign influence of our culture.

He was spotted in Mr macaroni skit video, where the king used the opportunity to campaign the etiquette of our Yoruba culture