Kanye West has hit the headlines again when it looks that he has shaved his brows.

Kanye West gets a fresh facial look as he shaves his brows after his unusual haircut. The Chicago rapper-producer live-streamed his Sunday Service performance on October 31st.

Aside from Marilyn Manson’s attendance at the event, the other unexpected aspect that drew people’ notice was Kanye’s lack of eyebrows.
Ye revealed his new haircut on Instagram last month, which included a cut into his hair that resembled the “” sign, which indicates Chinese yuan currency.

However, some admirers have observed the letters “Y” and “E” shaved into his head in an abstract fashion.

Kanye’s new haircut made the rounds on the internet on the same day that a judge granted his plea to change his name from Kanye Omari West to just Ye.

Following his announcement that Sunday Service was finally returning last weekend, with appearances from Marilyn Manson, Roddy Ricch, Justin Bieber, and others, Ye appeared with a new look, pairing his fresh haircut with a set of shaved eyebrows. 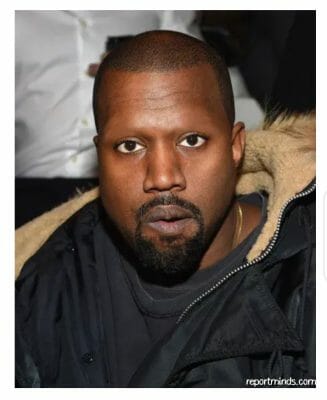