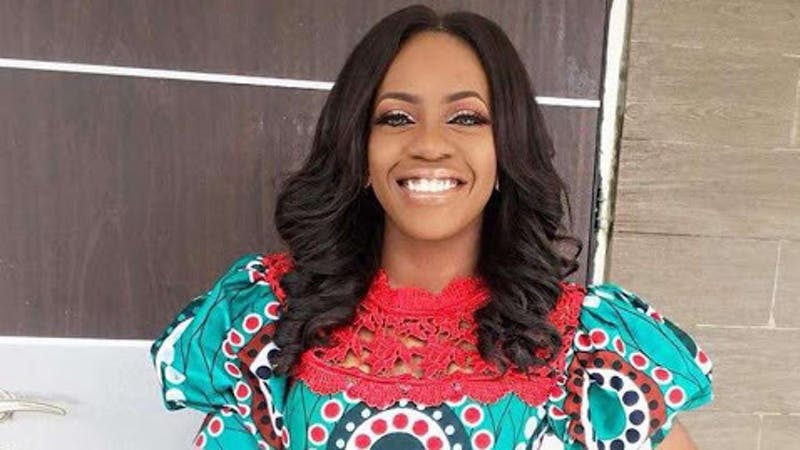 Shade Ladipo, the popular media personality has taken to her official Instagram account to defend the CMC boss, Chidi Mike after he retracted his promise of giving her a brand new Benz and a sum of two million nairas.

Chidi Mike promised the disqualified housemate in other to console her for the losses she had. Unfortunately, the car withdrew his promise.

This did not august well the Erica team, they took to social media to call him out for promising audio money.

The Lagos based media personality has taken to social media slam Erica and her team and caution them the dragging is uncalled for.

she further said, it is all a promise, they did not own the money, they should stop feeling entitled. She moreover charged them to work for their money.

It will be recalled, Erica got disqualified due to her emotional imbalance and flouting the simple house rules. her disqualification got many pained.

Though her disqualification is expected, she went too far with derogatory usage of words. her outburst was due to Laycon gossiping behind her over an attempted Kiss. 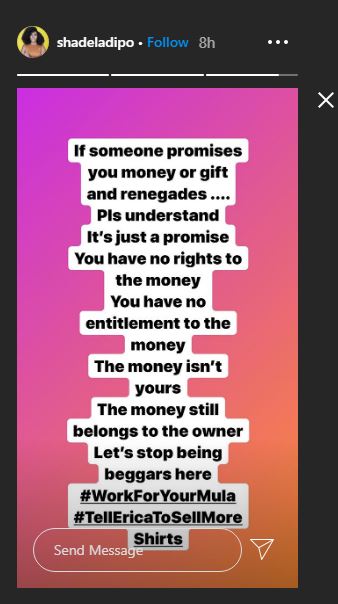