The rapper announced the news on Instagram on Sunday, October 24, saying, “Thank u God for gifting me an angel for a mother TWMA.”

There’s another post where he thanks his mom for having him.

Mama thank you for having me 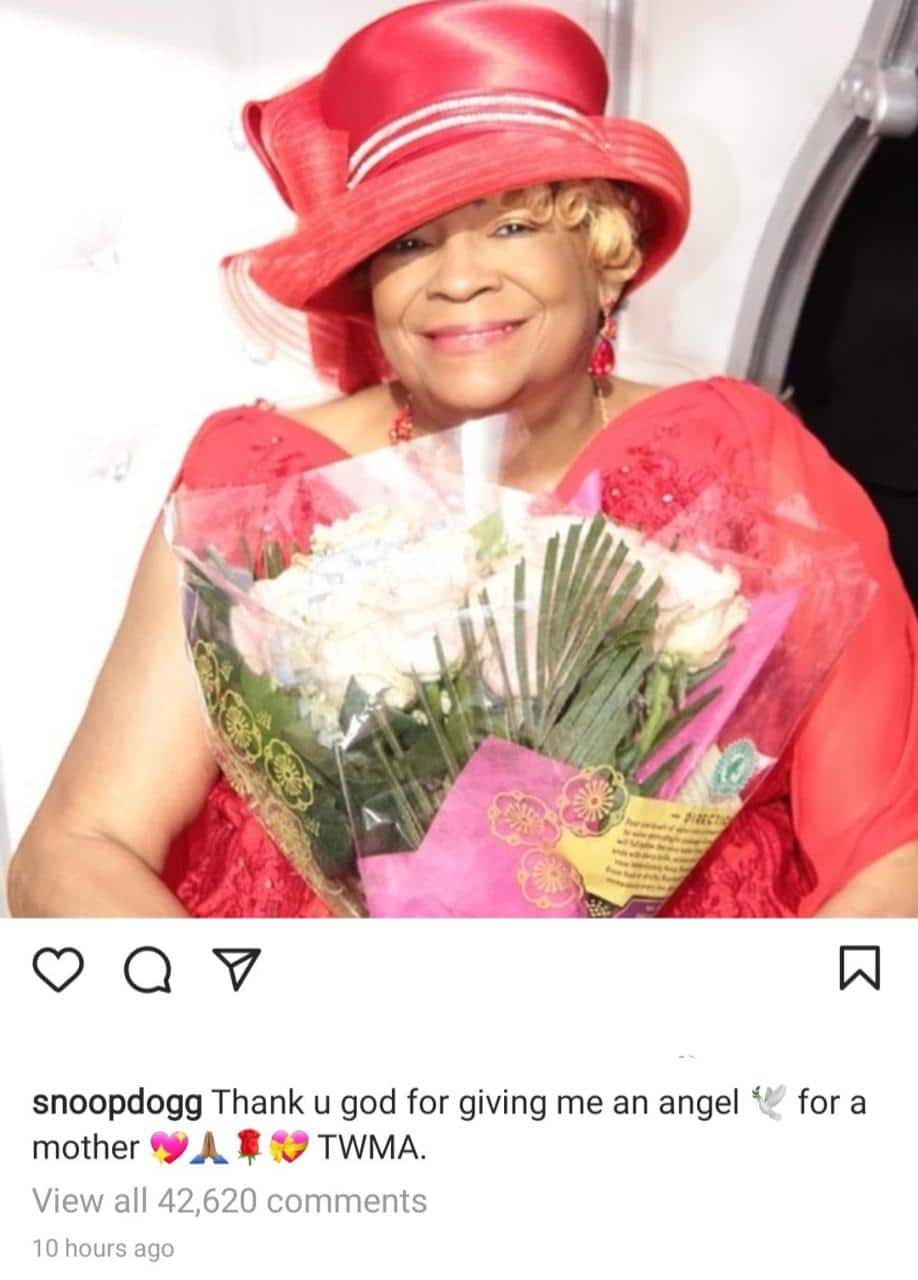 A cause of death wasn’t revealed.

Snoop Dogg’s father, Vernell, also confirmed the news and he too asked for prayers, noting the family needed it now more than ever.

This comes three months after she was rushed to the hospital for undisclosed reasons.