Tuoyo urged individuals who were attacking Maria to stop since they were doing worse in a low-key manner.

He further said that

so many individuals who are disrespecting Maria are now plotting ways to steal someone’s husband or wife. 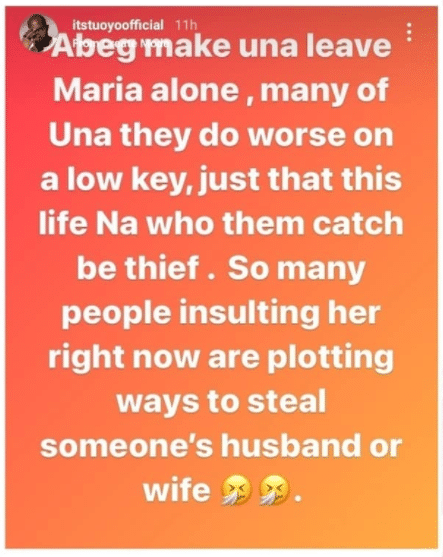