Davido who was present at Old Trafford exchanged warm pleasantries with the footballer who seems to roll well with Nigerian music stars.

The Fem crooner could be heard asking Pogba about his mother and in return, he got a positive response. Pogba is known for his party and fun-filled lifestyle and this could be the reason he associates with singers a lot. 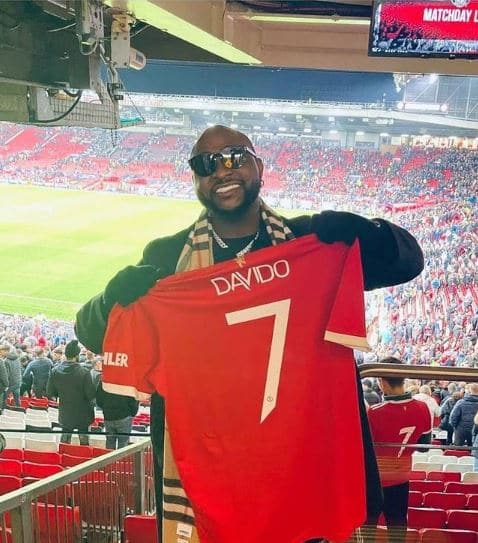