According to a Twitter user known as @Thedanielemeka, who does not name anybody, a previous housemate of the program is lying about the property they claimed to possess.

Lmao … one former BBN housemate went to rent house and posted it was bought, only for owner to see the video, ran back to Nigeria and asked his agent what was happening?? Apparently agent wanted to kpansh or something and allowed her flaunt it … you cannot make this shit up 😩 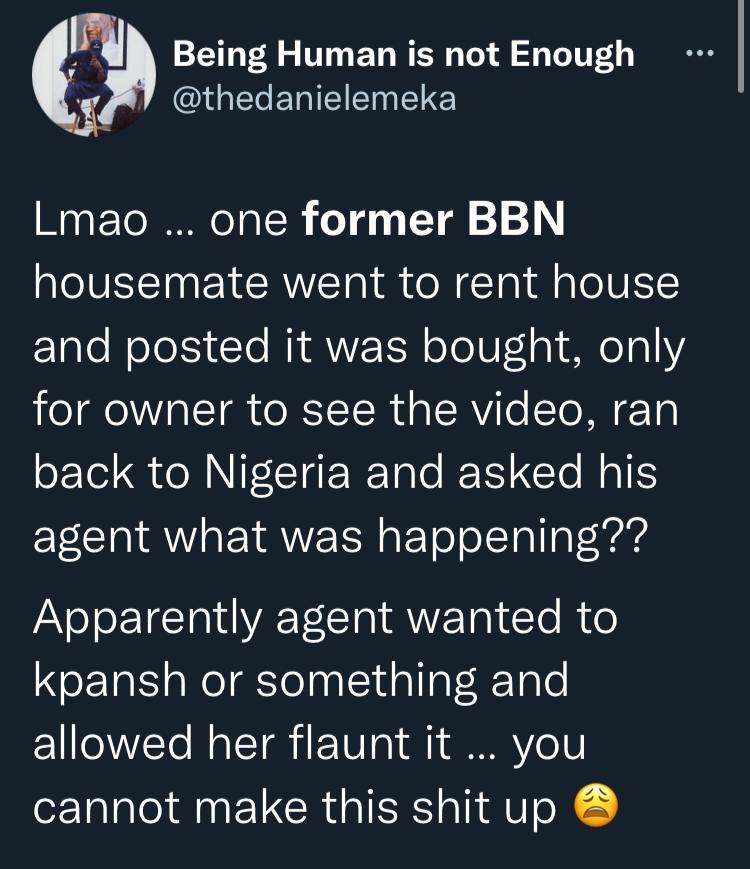 The claim, however, sparked speculation on the platform, with some pointing fingers at reality stars Mercy Eke and Tacha Akide.

See some reactions below … 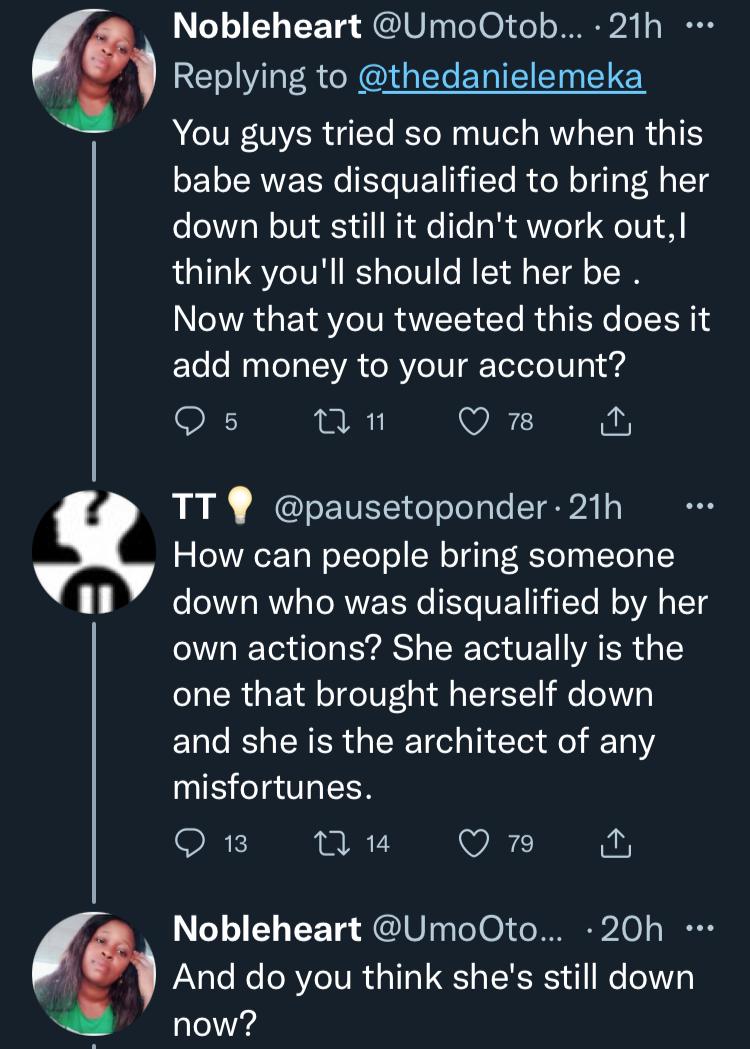 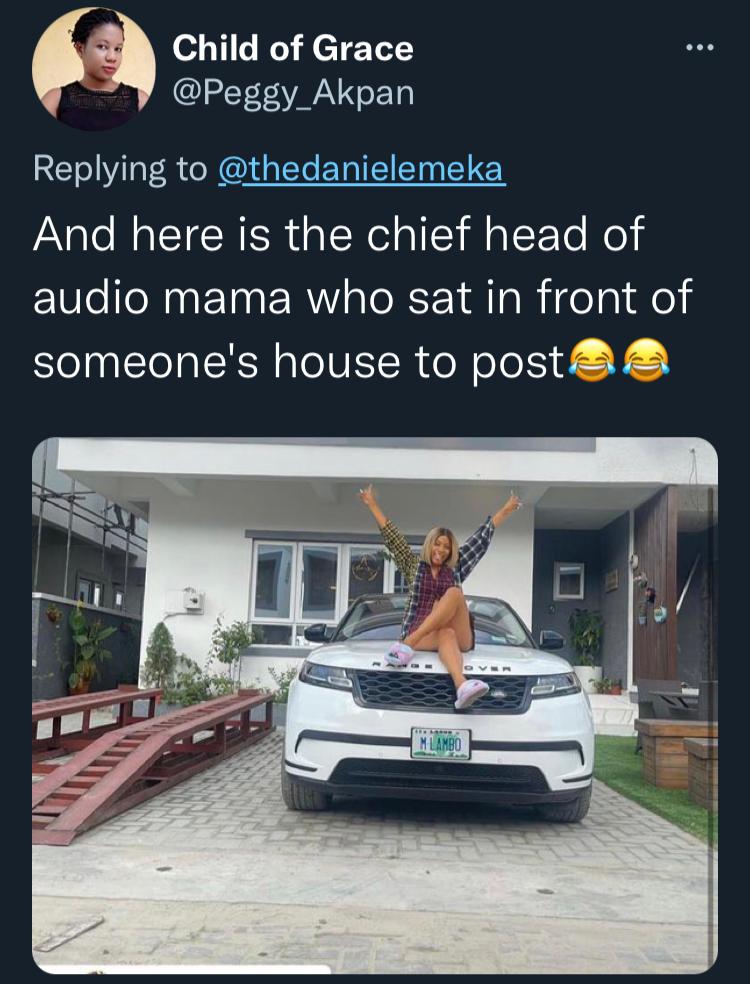 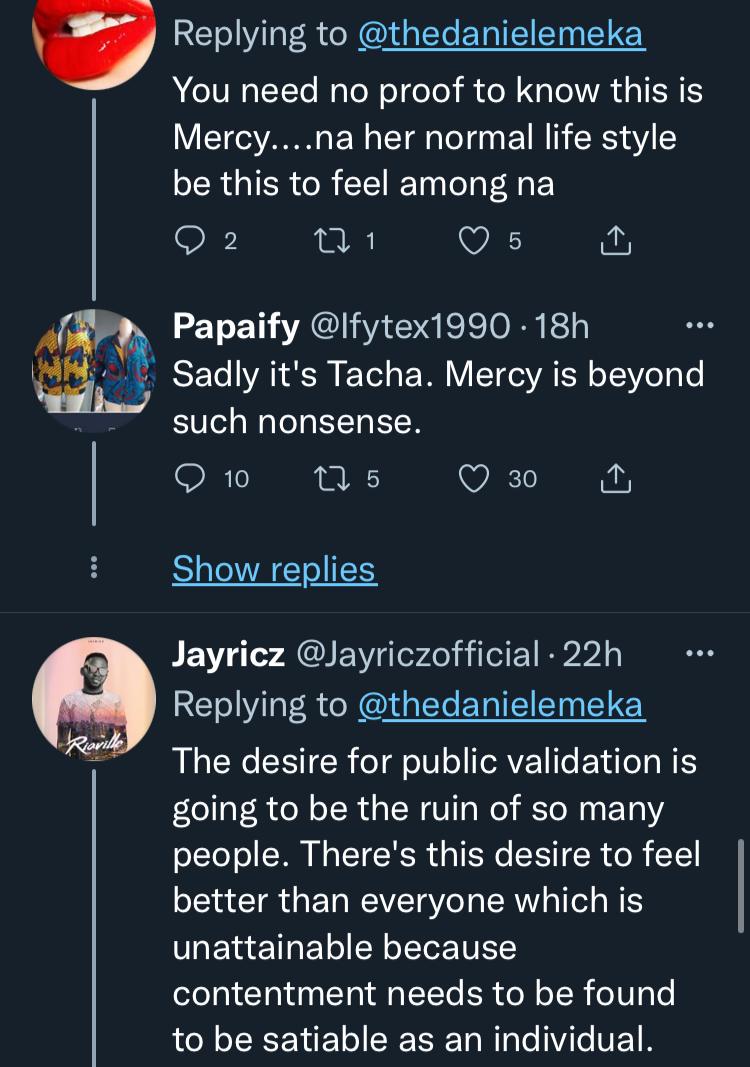 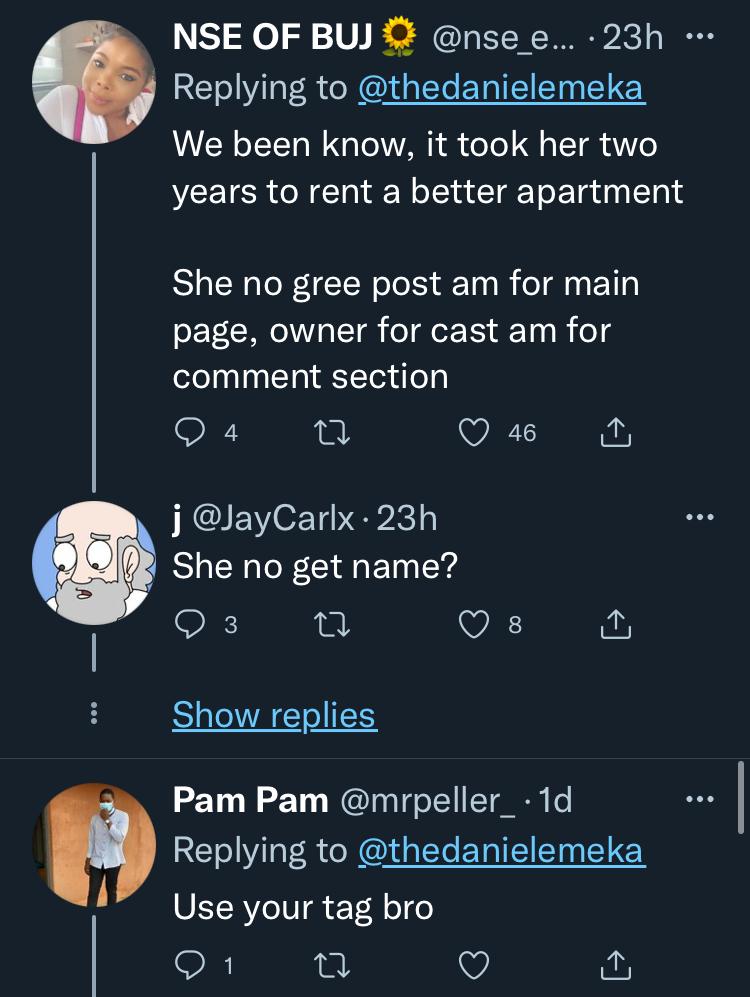