A Twitter user known as @debola femi describes how a guy tried suicide twice after discovering that his wedded wife is pregnant for another man only a month after their wedding.

According to the narrator, the lady first plotted with the man how they would force the pregnancy on her husband, but somewhere along the line, the man who was no longer happy with the idea phoned and strongly opposed it.

It was in the course of the phone conversation that her husband overheard their mapped out plan.

The netizen who shared the story also noted that the marriage has crashed and as a result of the trauma, the husband of the lady has attempted to end it all twice but was rescued.

Read the story below:

2months ago I attended the wedding of a family friend and the groom was all tears of joy. Today I heard they’re no longer together. Hmm, it is well.

So this couple are my childhood friends, dated for 6yrs b4 they got married. Barely 1month into the marriage the husband overheard his wife on phone with a guy. Apparently she was pregnant for him and they agreed to push it on her husband but the man called that he couldn’t continue with the agreement anymore and wanted to claim his child cos he couldn’t afford his offspring claimed by another man. The husband has attempted suicide twice but got rescued and is under close watch now. All I can just say is it is well. 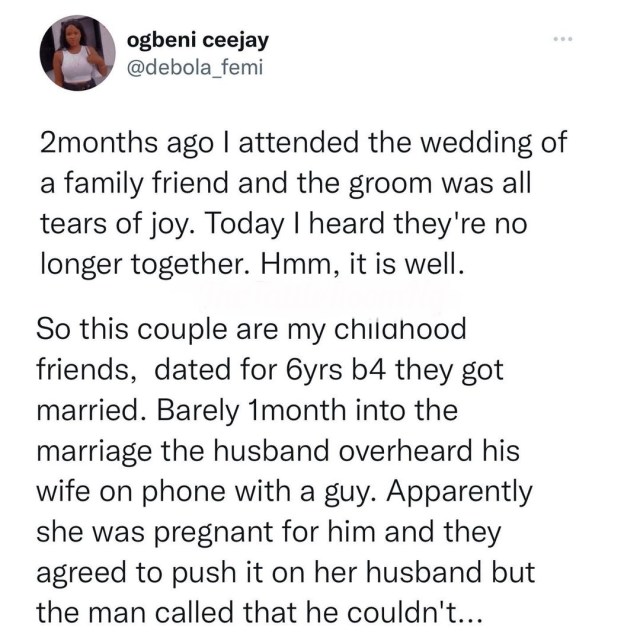 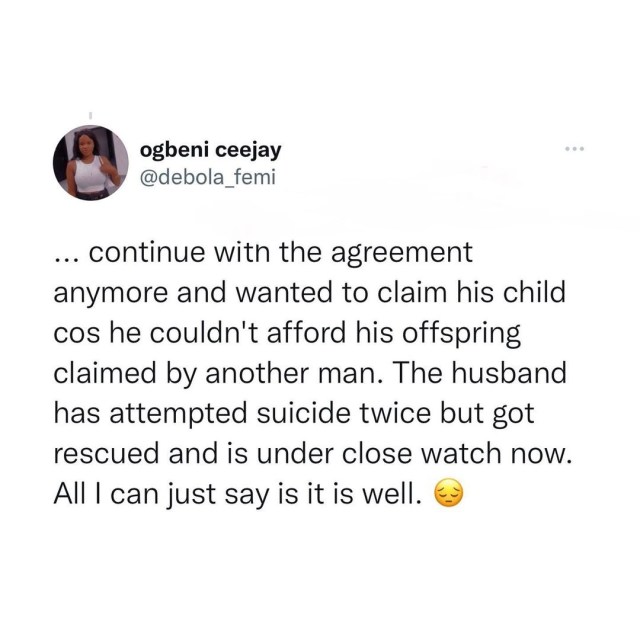