Fireboy DML, the YBNL superstar, has released the newest update, which many of his fans and followers will be excited about.

This comes after the YBNL artist recently hinted on social media about a new album he is working on.

To spice things up even more, Fireboy informed his followers that the album will include a guest appearance by the renowned Asa.

Although he didn’t reveal if the song will make the album or not, Fireboy DML did confirm that they have a song together, and he stated that the song is special.

The one with Asa is Special,” Fireboy DML wrote via his Twitter handle.

Fireboy also hailed YBNL boss, Olamide for giving him the opportunity on his label. 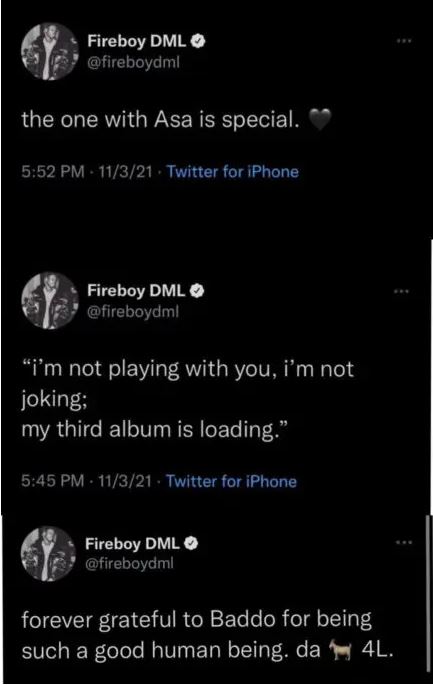