Samklef, Nigerian music producer, has offered some marriage advise to his fellow celebs.

In a tweet, the music producer advised celebrities to think hard before marrying and to marry someone who is a team player rather than someone who has high expectations.

If a woman with high expectations marries and things don’t go as planned, the marriage may become toxic, and the “celebrity” may be unable to focus on their ambition 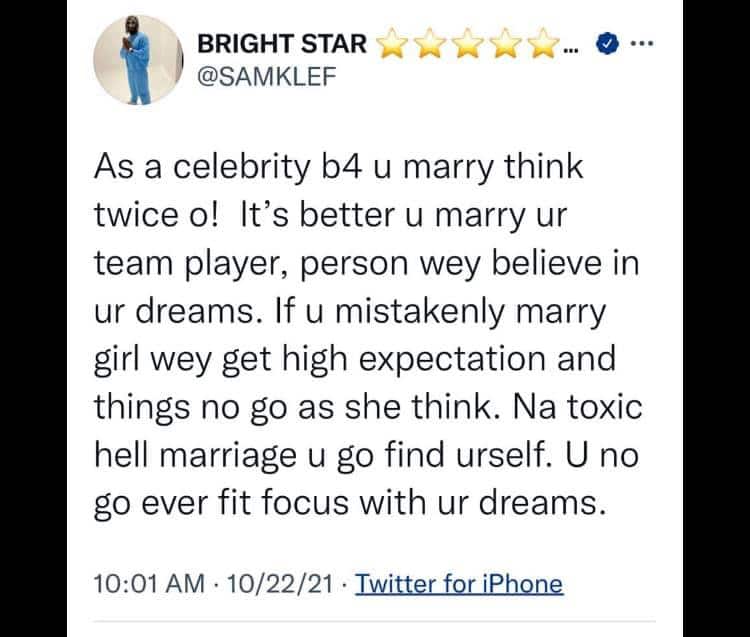