Tiwa Savage, a Nigerian female spectacular singer, has broken her silence regarding her sex tape, which was released online a few days ago, causing social media to go crazy.
In an interview with New York’s Power 105.1 FM, Tiwa Savage stated that she is presently being blackmailed over a sex tape with her current partner, according to Kemi Filani News.

After pointing out several inconsistencies in the interview, Tiwa Savage’s surprising disclosure elicited a variety of reactions.

On Monday night, the purported sex tape of Tiwa Savage, which has become a viral phenomenon, emerged online.

With so many comments to the sex tape, many Nigerian celebrities went to social media to comfort her by sharing photographs of her.

Meanwhile, Tiwa Savage has continued to post challenge videos for her new song, “Somebody’s Son,” in the aftermath of the leaked sex tape.

Tiwa Savage, on the other hand, rushed to Instagram on Thursday night to offer a stunning snapshot of herself and urge fans not to talk about the sex video. 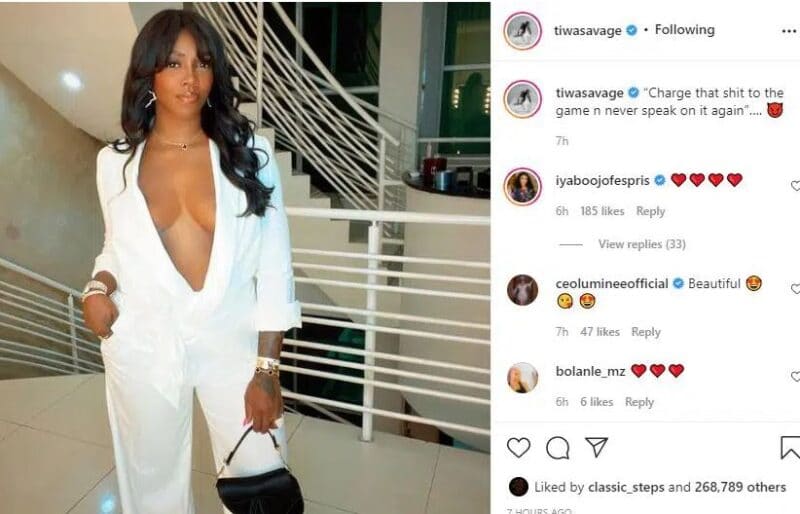