Fans dragged Travis Scott on social media for performing continuously for about 40 minutes while concertgoers tragically died during his Astroworld Festival on Friday night, Nov. 5.

8 people are confirmed dead and hundreds were injured during a crowd surge and stampede at NRG Park in Houston, Texas, during Travis’ show.

He continued performing for another 40 minutes while kids as young as 14 were loaded into ambulances.

He is also said to have encouraged concertgoers to make “the ground shake” as bodies lay around them.

Travis Scott claims he didn’t know what was happening, but there is video evidence that appears to show he knew something was wrong. 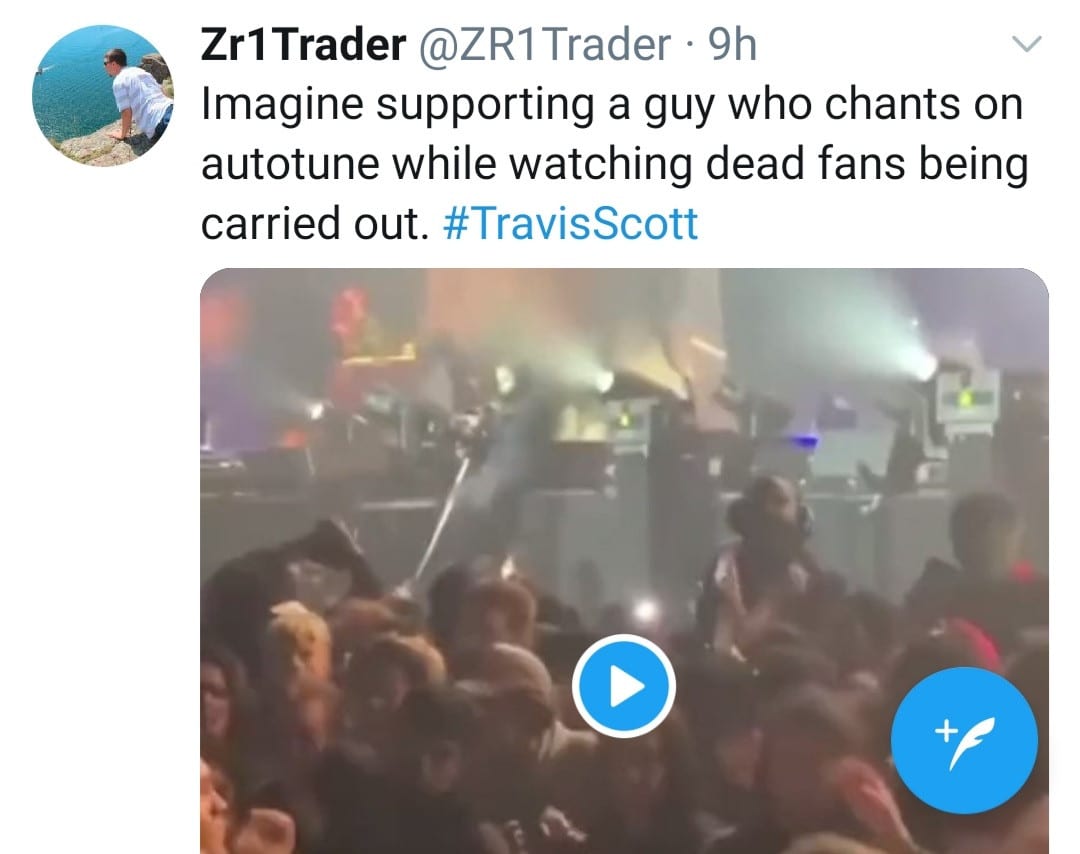 The crowd repeatedly chanted “Stop the show!” but a video shows Travis Scott saying, “Who asked me to stop?”