Obama DMW referred to Wizkid’s “Made in Lagos” album as “wack” and said that wizkid brought it on himself.

However, Kemi Olunloyo has criticised his views while highlighting the album’s current worldwide success, her reaction coming barely months after Obama DMW’s death.

According to her, Obama is dead  but Wizkid is still releasing songs and making waves, emphasizing the importance of avoiding terrible situations in one’s life.

While taking to her official Twitter page, Kemi Olunloyo wrote; 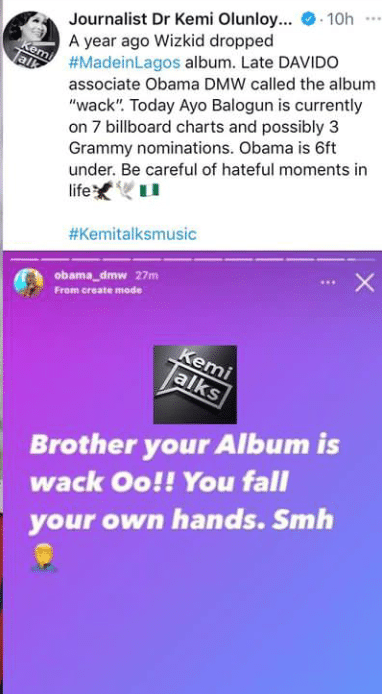