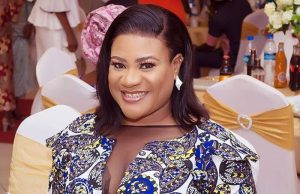 Nkechi Blessing ,a Nigerian actress has stated that she is the breadwinner of her family, a status she proudly embraces.

She announced this on Instagram on the one-month anniversary of her mother’s death.

She stated her mother’s death had shaken her, but she realized she had to get back up and do what she needed to do because she is the family’s breadwinner.

Last week, the actress mourned her mother, and this week, she traveled to the United Kingdom to reconcile with her boyfriend, David Falegan.

Her mother, she claimed in her article, was certain about Falegan being hers. She said that her mother instructed her that no matter what he does, she should never leave him.

“Nkechi no leave this man, na better person, no matter wetin him do Stay with am,” Nkechi said her mother advised her regarding her man. 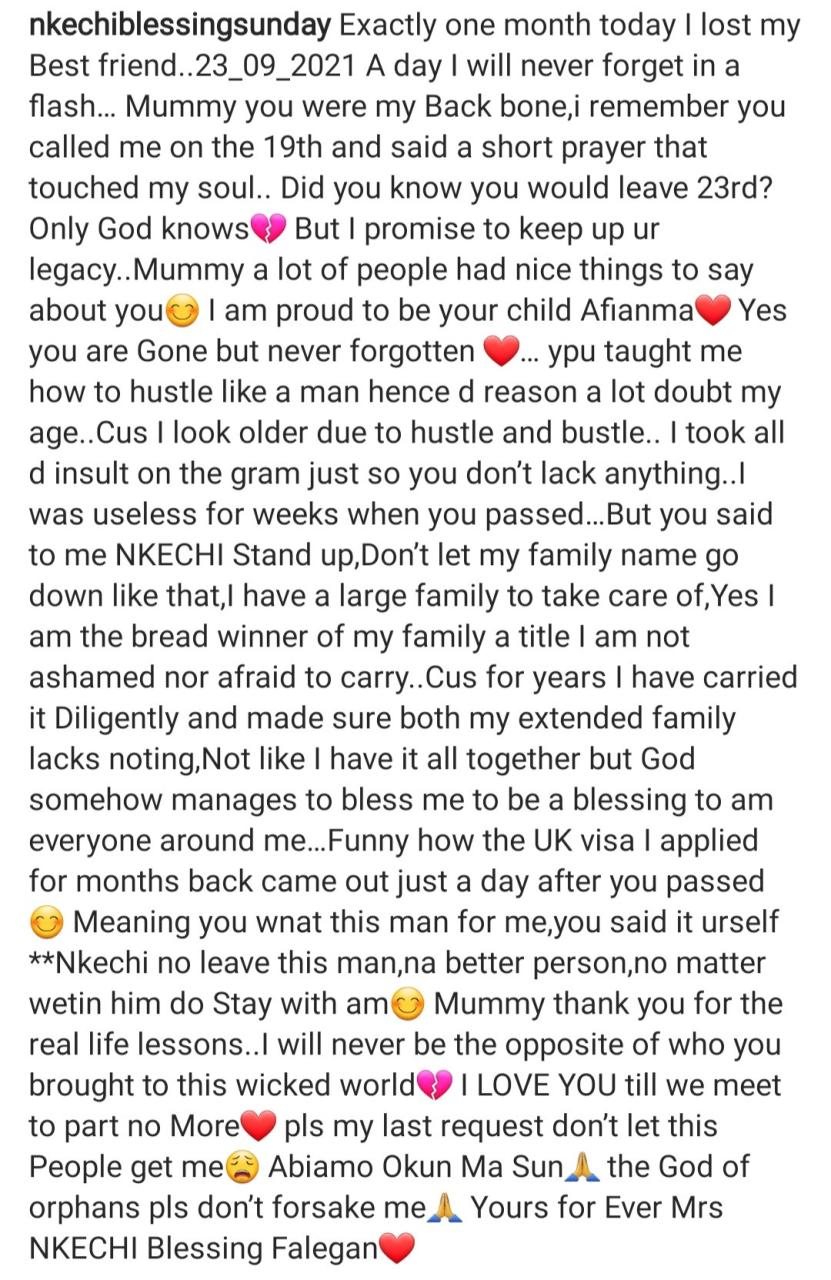