Home » Entertainment » “I was dealing with some deep issues” – Omashola

After fans expressed worry for his well-being, Omashola finally issued a statement.

The former Big Brother Naija reality star had posted a message implying that he was depressed.

People were concerned because he then stopped being active on social media.

He has now admitted on Instagram that he’s been struggling with some challenges, but that he’s gradually moving.

He expressed gratitude to his followers and others who were concerned about him. 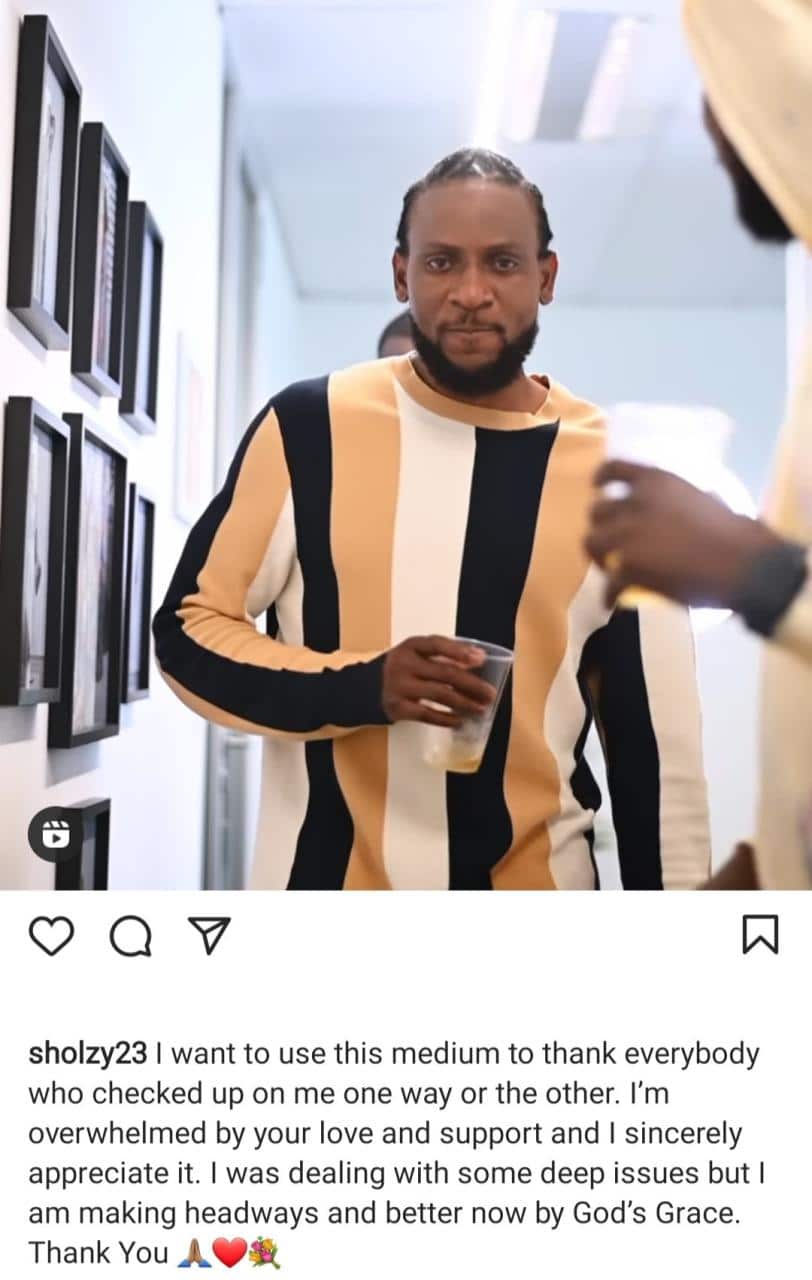