A Twitter user claimed that a Nigerian guy suspected of being a Yahoo Boy murdered his alleged girlfriend.

Source revealed that the victim had been in a toxic relationship but was enduring it for reasons unknown to us.

The murderer has been apprehended by the police and the body of the lady has been recovered. 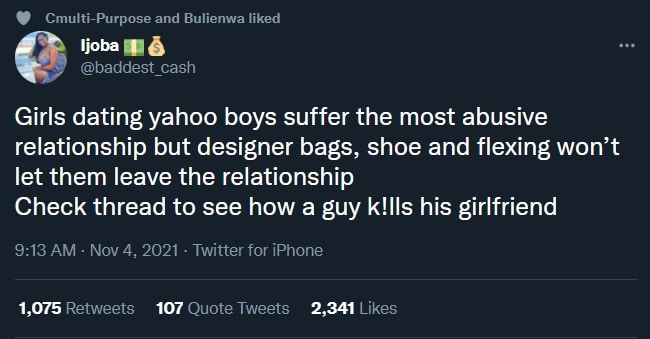 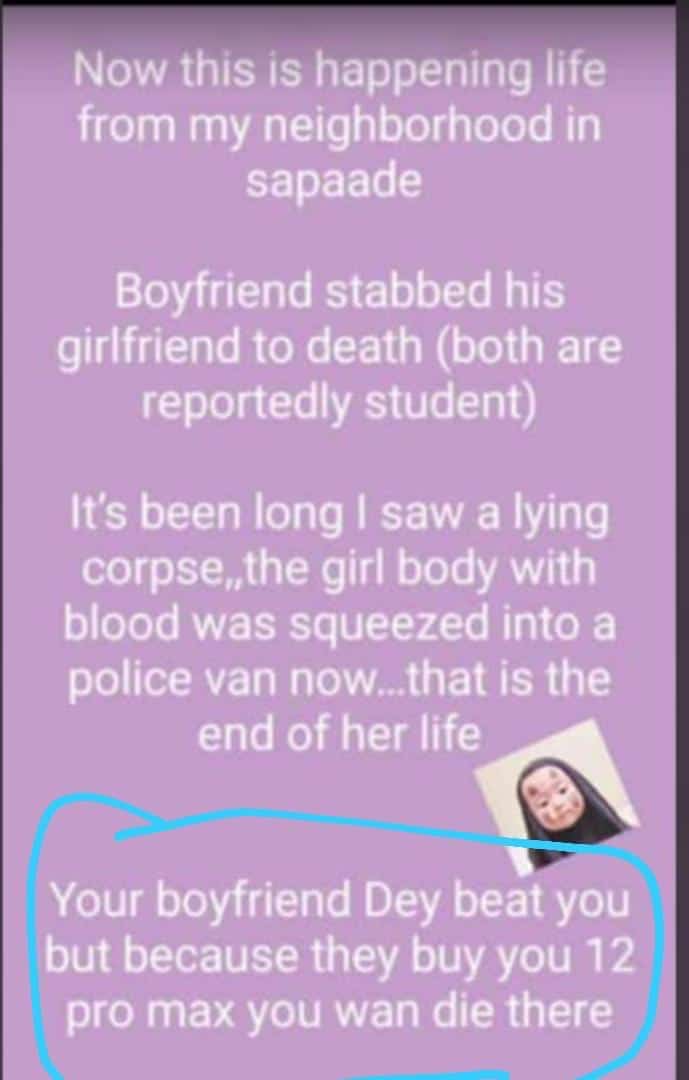 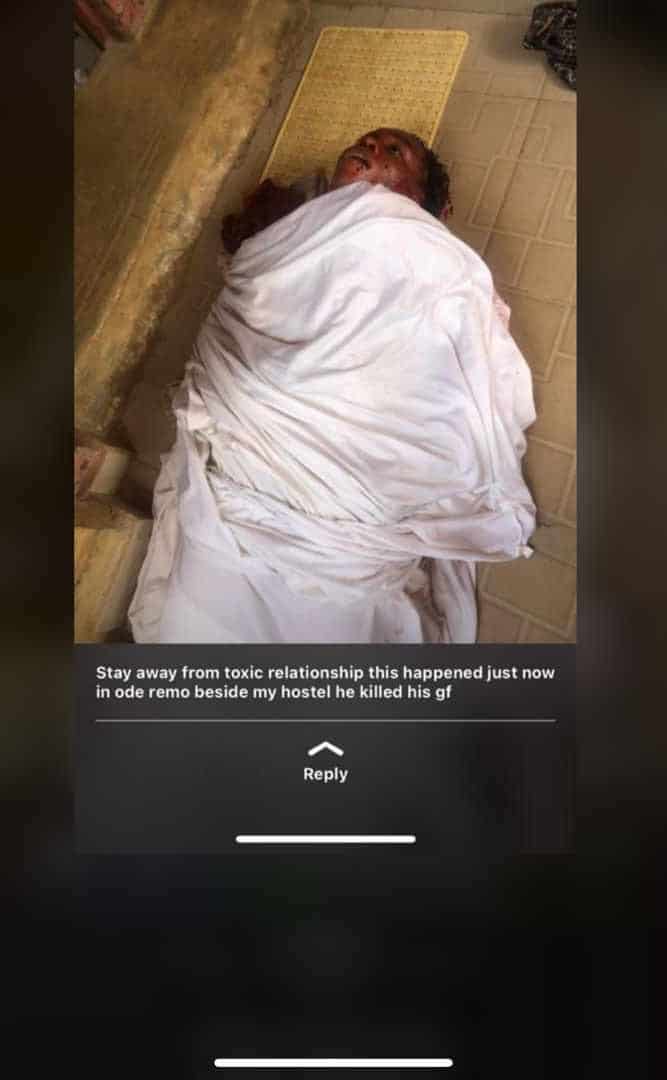