Hours later, MaryJane Imaobong, a 300-level Geography student who had posted a message in memory of Mary Mathias, was killed in an accident.

MaryJane Imaobong was on a bike in the Felele neighborhood of Lokoja, Kogi State, when the bike collided with a J5 truck. 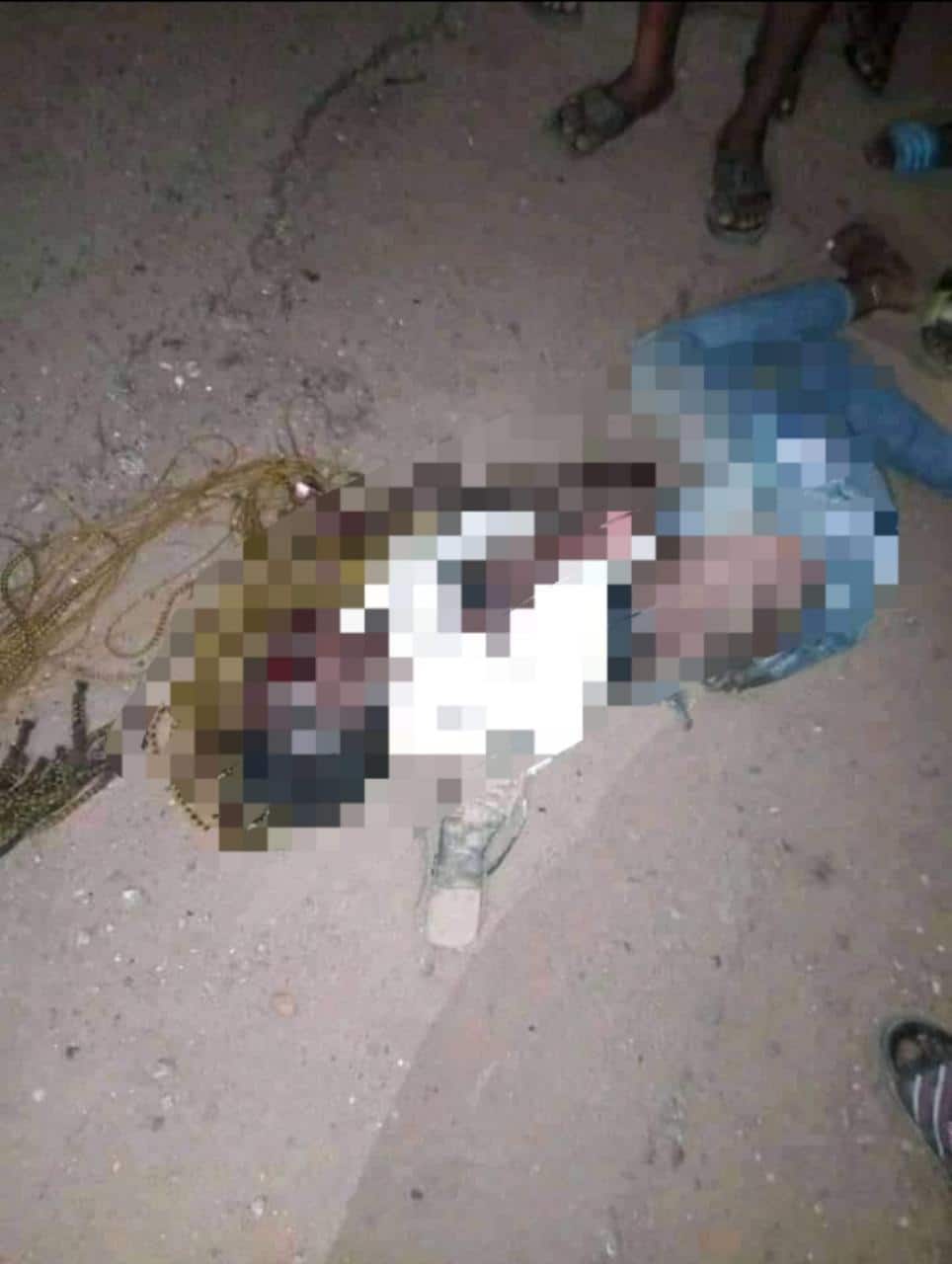 Students of the school have gone on Facebook to mourn both women. 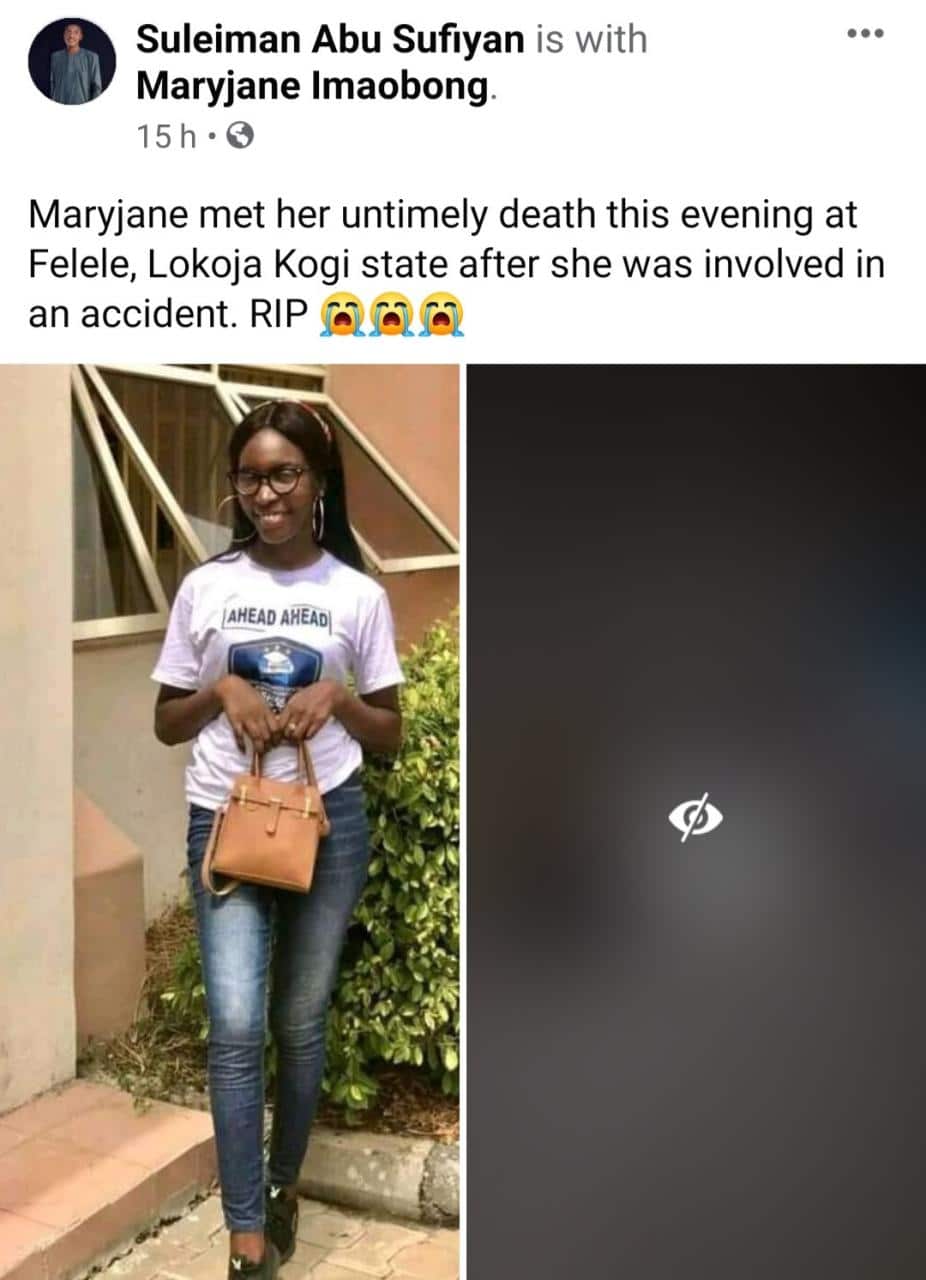 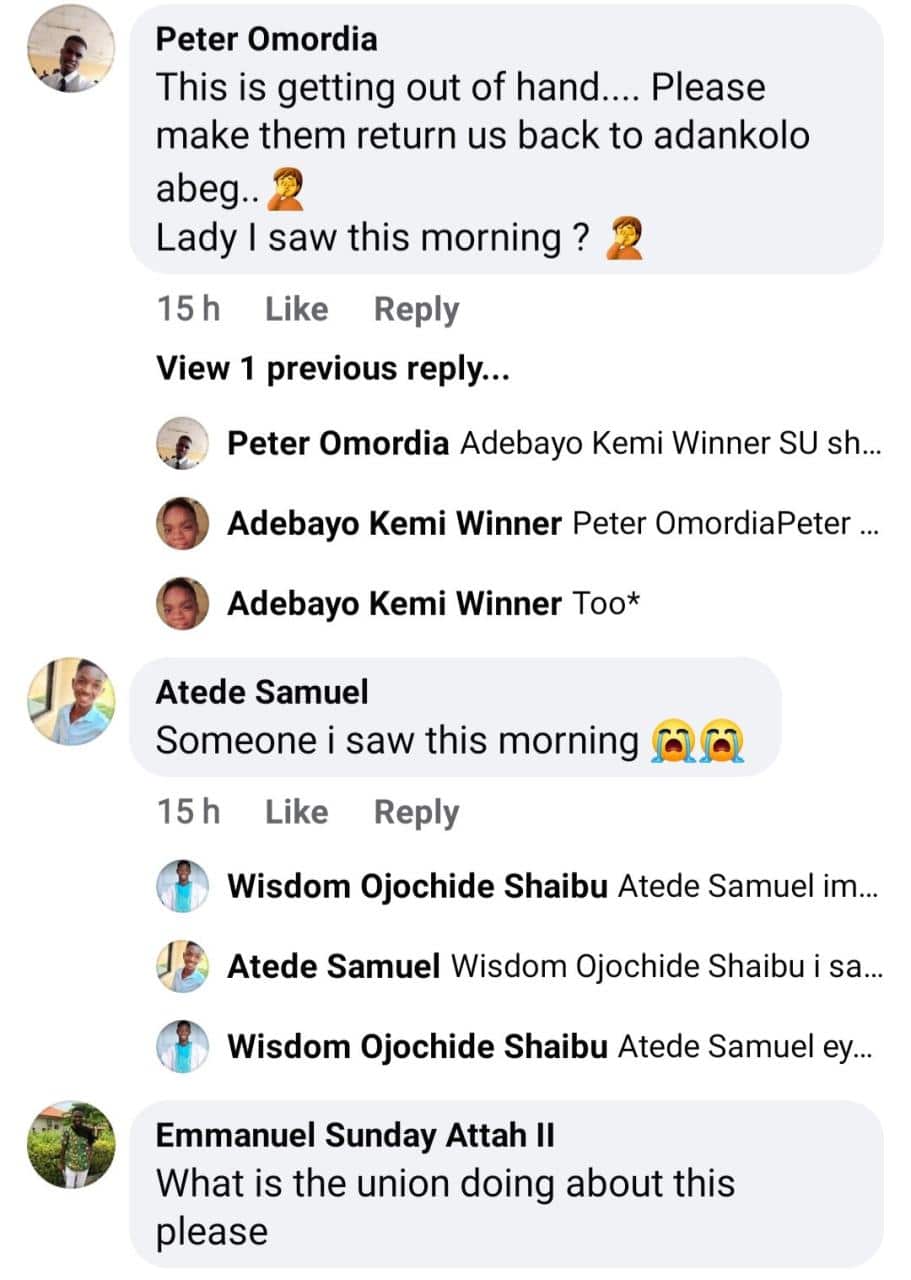 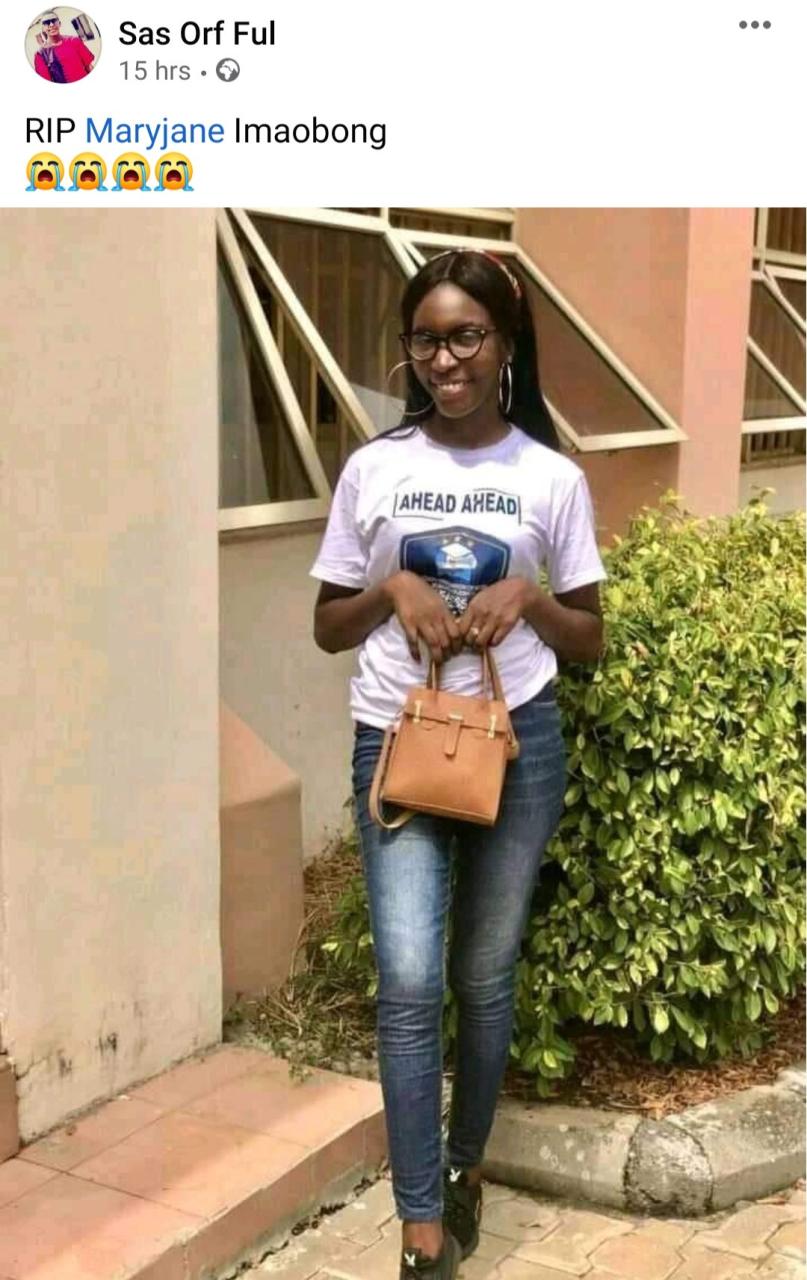