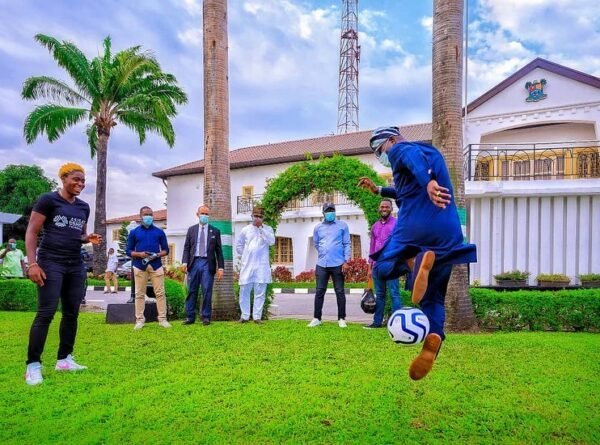 The governor of Lagos State, Babajide Sanwo-Olu, on Saturday showed off his football skills as he played host to Asisat Oshoala, a Nigerian footballer who plies her trade with Barcelona.

The governor took to his Twitter page to share photos from Oshoala’s visit at the state house, which was witnessed by other dignitaries as well as his political associates.

Among the photos are ones that portrayed the politician showing off his freestyle moves, some of which required that he joggled the football with an overhead flick.

“Today, @AsisatOshoala paid me a courtesy visit. She is a worthy ambassador of Lagos from Ikorodu & we are proud of her,” the governor wrote. “She spoke about her plans for the Asisat Oshoala Foundation and I promised to support her. We kicked the ball for a bit and I think I still have my skills.”

The number one citizen of Lagos was also presented with an autographed Barcelona jersey as well as a Nike ball. Oshoala, a four-time CAF women’s player of the year, is making plans to set up her own foundation in the commercial city. 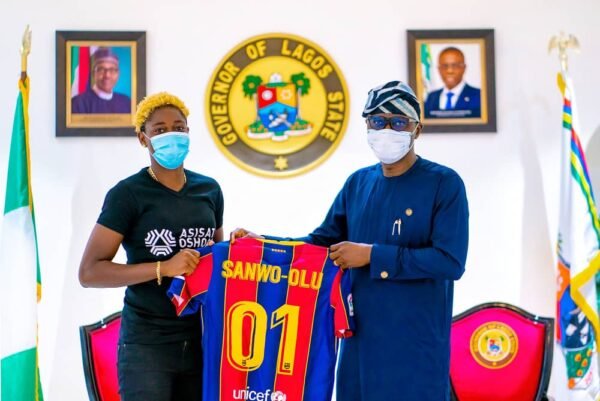 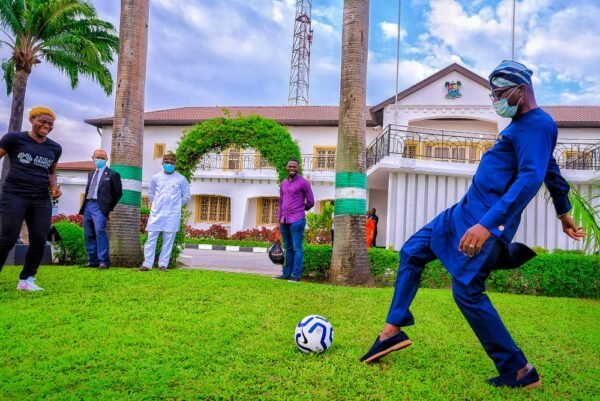 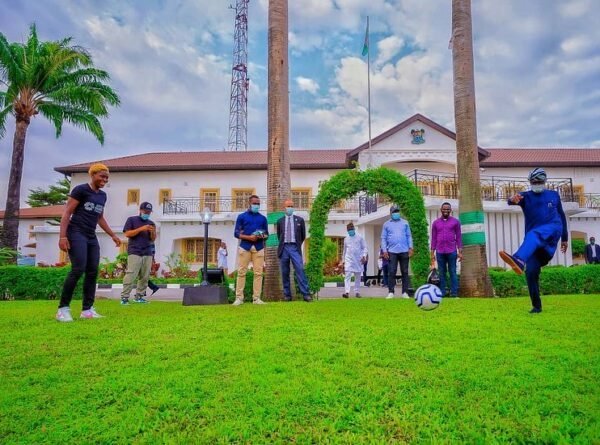 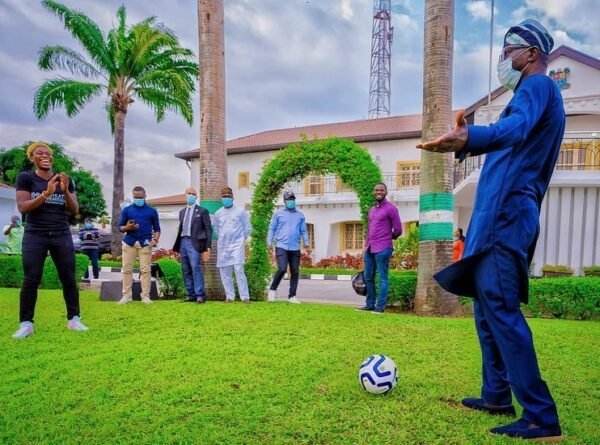 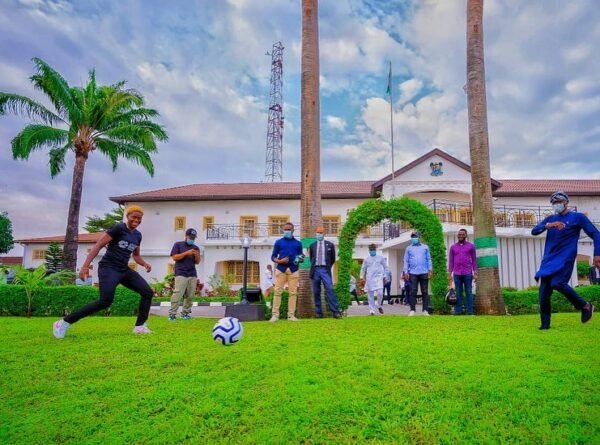