A Twitter user took to the platform to share a story of an experience he had with a stranger in Lagos, and his tweets quickly went viral.

He stated he met the lady in Iyana-Ipaja Lagos and she requested him to pay her transportation fee to Ikeja, which he did.

He stated that the journey began and that he alighted when he arrived at his bus stop, and that the woman, who was supposed to follow the bus all the way to Ikeja, got down with him as well and began following him around.

He claimed he tried everything to get rid of her, but she wouldn’t leave him alone.

Read his thread below. 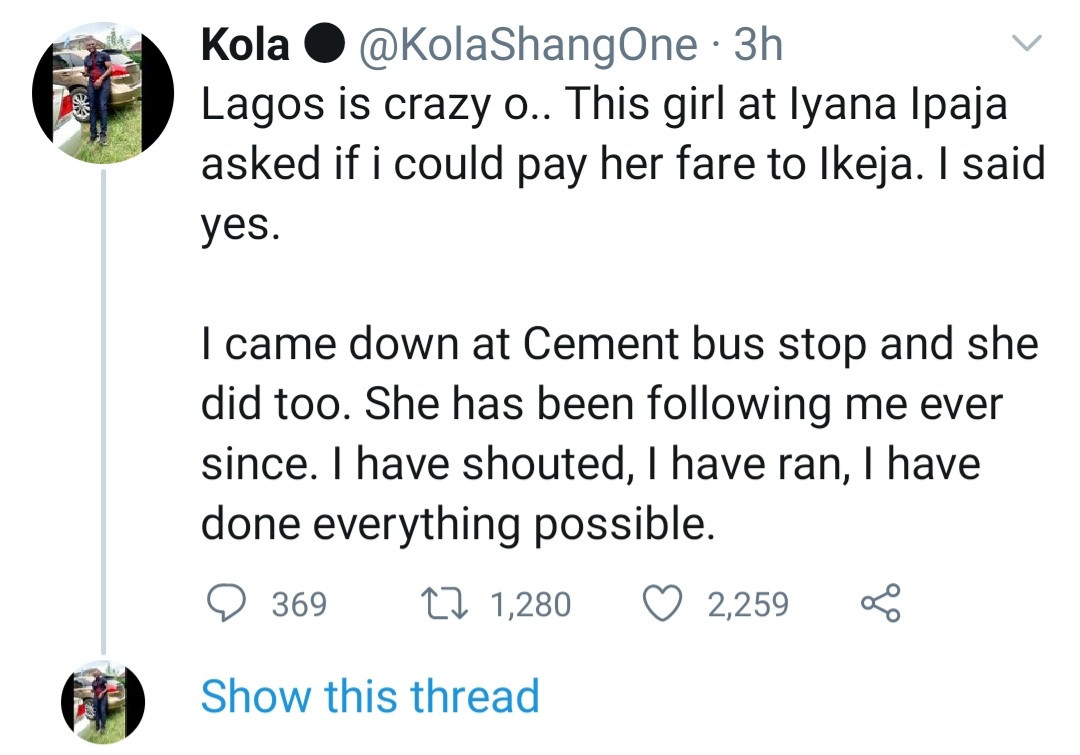 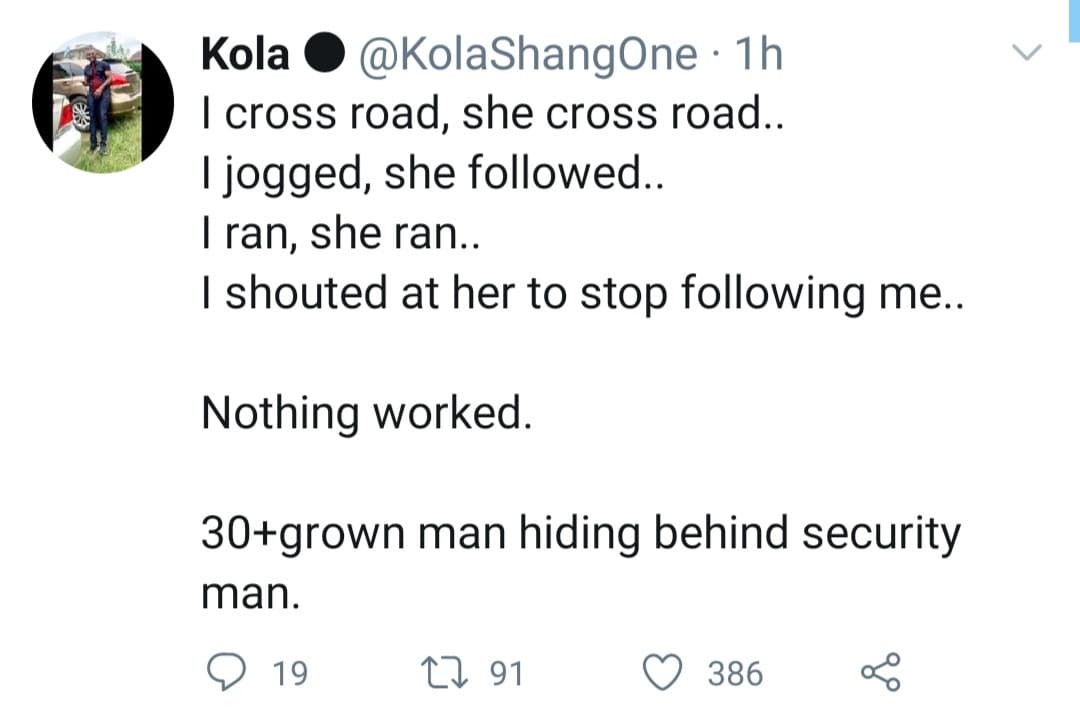 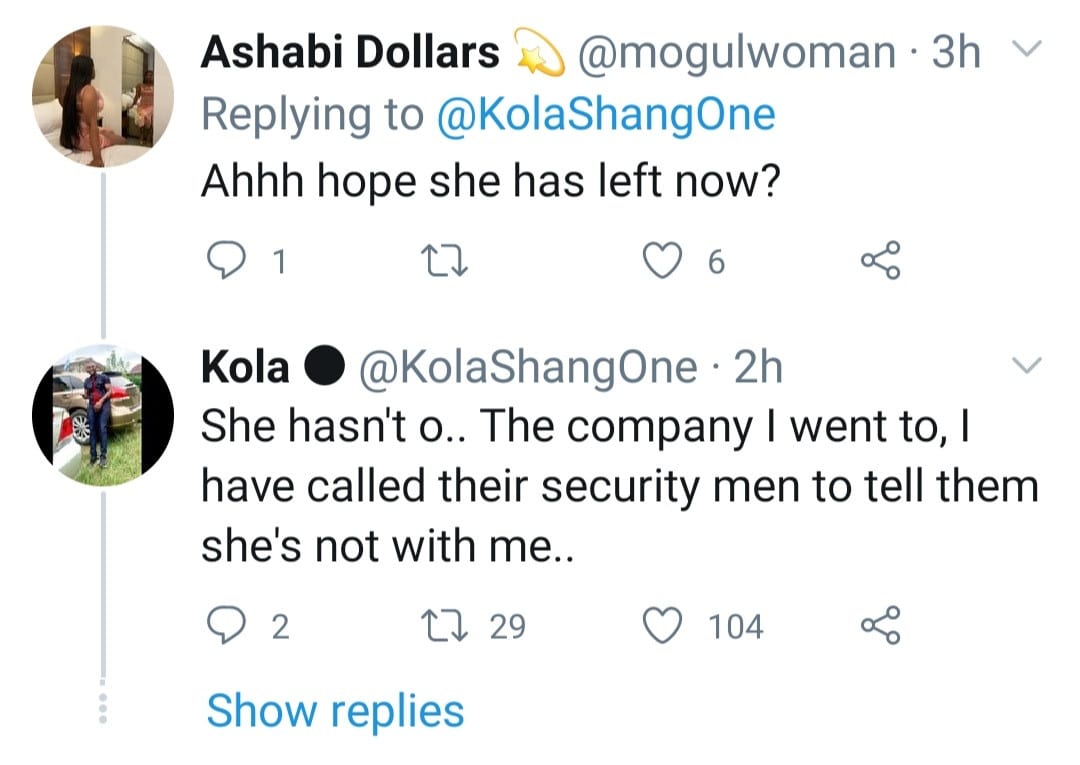