Cubana Chief Priest posted screenshots of an alleged conversation between Maria and his sister, Maryanne Onyinyechi, whose husband Kelvin accused the BBNaija star of snatching.

During the conversation, Maryanne indicated that Maria was the reason she wasn’t on “talking terms with her husband.” She also said that the reality TV star shared her home with her spouse.

However, Maria, who was on the receiving end of the apology, argued that she had been mislead. She urged Maryanne to stay in her marriage since quitting would be detrimental to her and her children. She also claimed they had banned each other on social media.

Side Chick Dey Message Madam Dey Advice Am, Maria You Get Mind Shaaaa 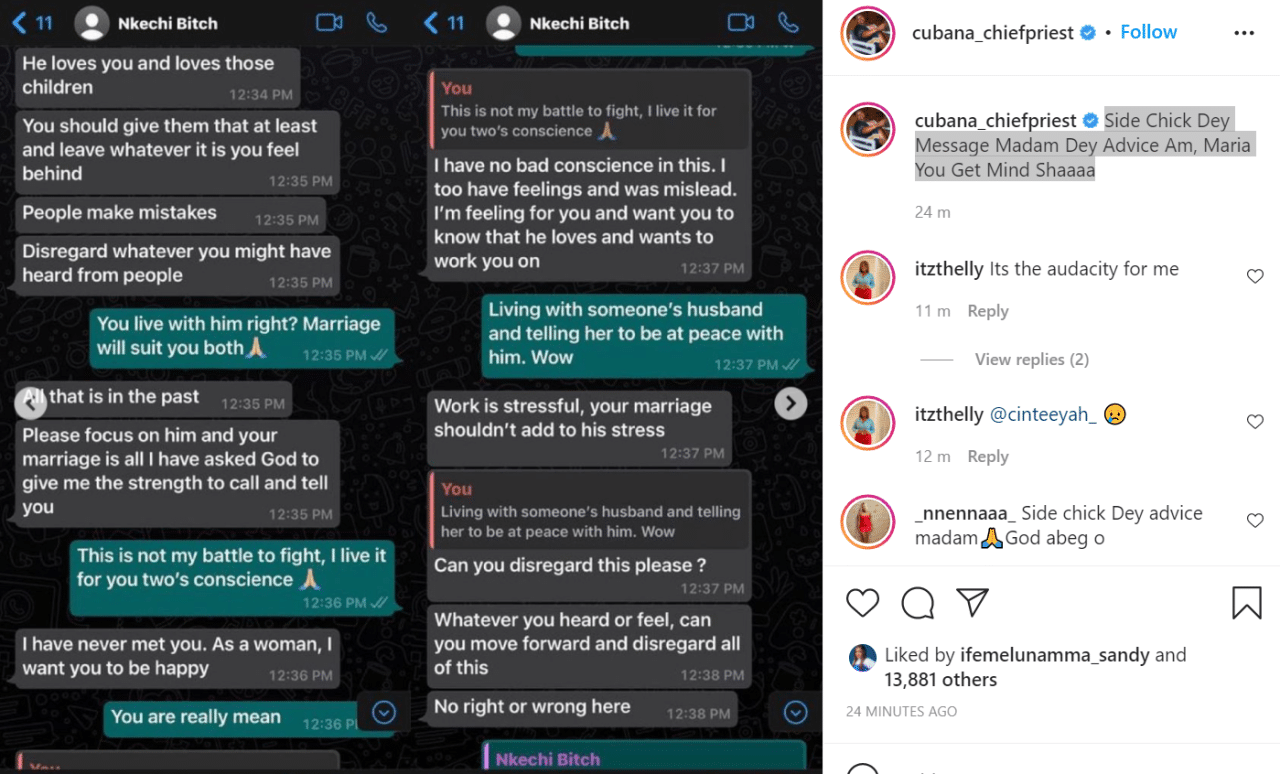 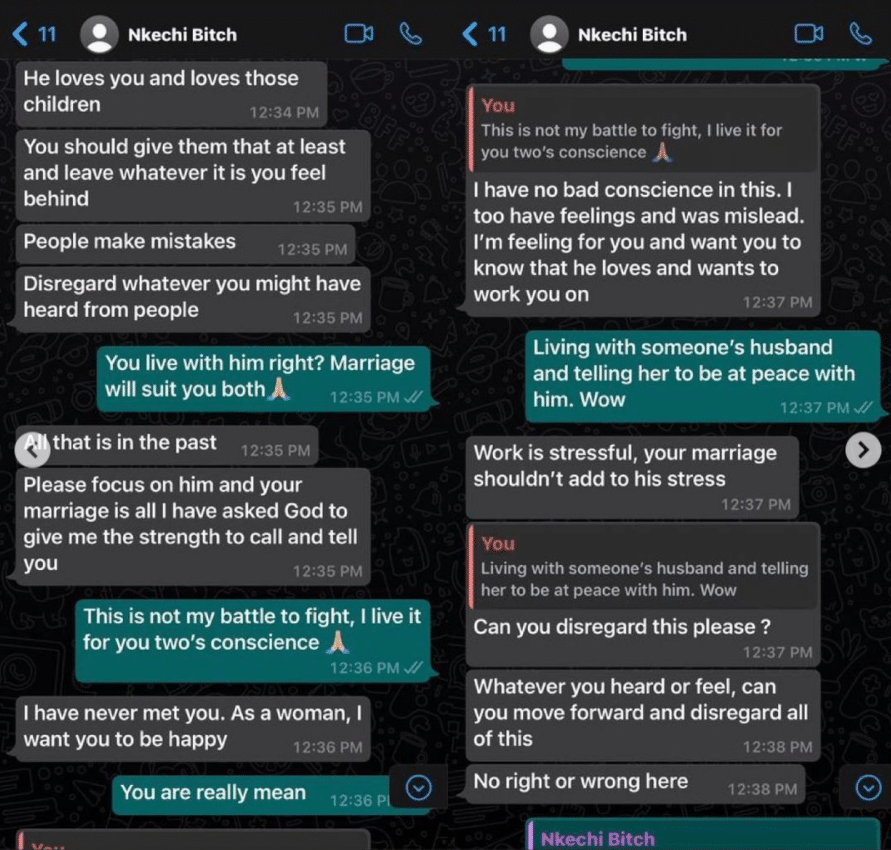 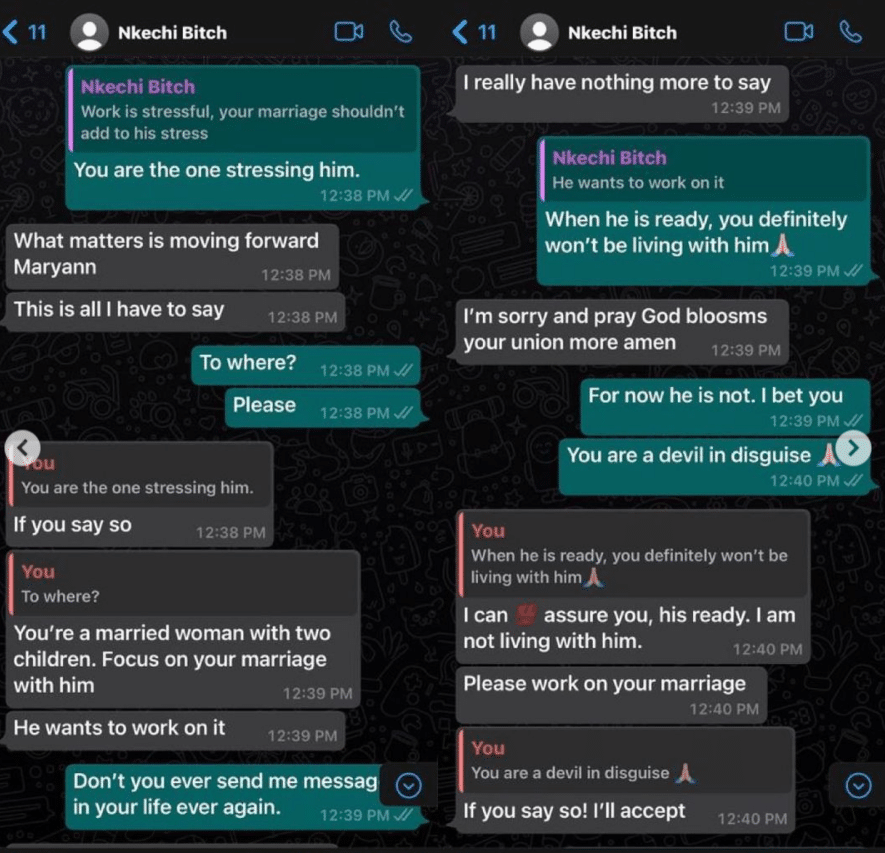 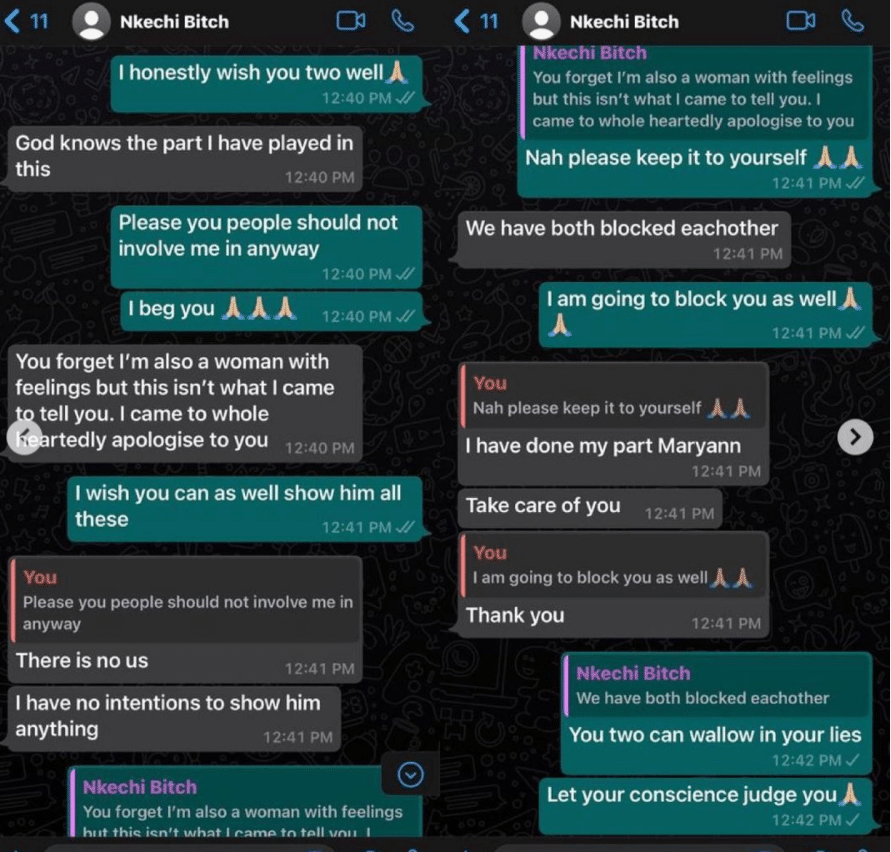