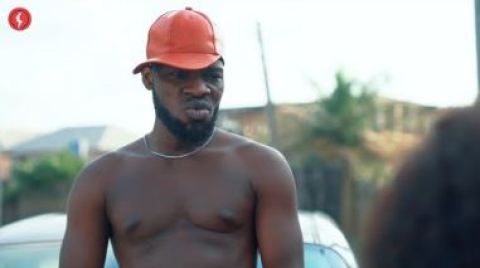 Popular Nigeria social media comedian, Samuel Perry fondly called Broda Shaggi has taken to social media to cry out after he was allegedly attacked by hoodlums in Lagos.

it was reported some suspected hoodlums have crossed the comedian and took some money from him before damaging his multimillion naira worth of the car.

The comedian seems very pained. This unfortunate scenario occurred while the comedian was on heading towards the Lekki toll gate protest when he was ambushed by suspected touts.

One of his associates took to social media to reveal the unfortunate occurrence; his post reads;

HIS CAR WINDSHIELD, SIDE MIRROR, BACK LIGHT WAS BROKEN WITH MANY SCRATCHES. HE WAS ON HIS WAY BACK TO LEKKI TOLLGATE TO PROTEST. HE HAD TO PAY 10K BEFORE HE WAS ALLOWED TO GO.

I BELIEVE THIS PROTEST IS FOR ALL OF US AND NOT TO INCONVENIENCE OURSELVES.”